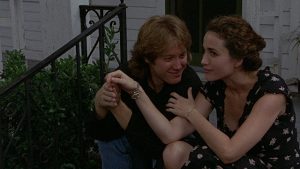 The 1990s brought a wave of new and interesting American independent cinema to the world. The root of much of the success of this indie cinema can be linked back to a single film. Directed and Written by then 26 year old Steven Soderbergh, SEX, LIES AND VIDEOTAPE is a mature meditation on human sexuality and modern relationships. Starring James Spader as Graham, a socially awkward man living with an uncomfortable pain. He moves back to his home town after wandering the US. There he is staying with Peter Gallagher’s John, a university friend and lawyer by profession. John is married to Andie MacDowell as Ann, a bored housewife and is sleeping with Laura San Giacomo, Ann’s sister. Graham comes in to their lives, changing their expectations and in turn altering his life forever. 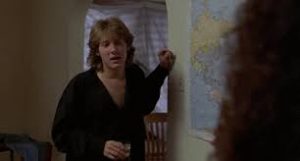 I have always waxed and waned in my opinion about Soderbergh. His infamous one for you, one for me approach to major studios film making warmed me to him, his constant suggestion of retiring and then coming back, cooled my appreciation. However SL and V is an astonishingly astute work. Taking in human emotion and fragility, with a camera not to distant from the action but close enough to register hues and tones of physical emotion. It is sometimes so rich and so raw because of this. The young Spader excels as a man broken and rebuilt in an abstract version of his own metaphysical construction. Soderbergh like us is captivated by this performance and I for one am glad he was.

The disc from criterion has a wealth of great extras. Some have been seen before but others are well worth visiting. The commentary is old hat but still solid, the ‘New programme by Soderbergh, featuring responses to questions sent in by fans’ is really very good indeed.  I also love the new transfer, yes you have the grain of the celluloid onscreen but it adds to the richness. This comes into its own when against the video footage. 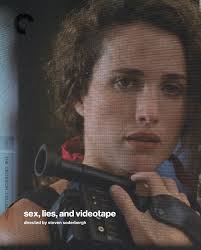