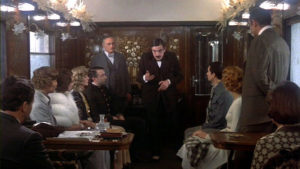 Hercule Poirot (Albert Finney) has just completed a case and has been given the chance to travel via the Orient Express. He is to travel with Signor Bianchi (Martin Balsam) the owner of the line and a personal friend. However as the train moves and his fellow travellers are boarded, secrets pop up. Whispers and lies are concerning some, poison letters are unsettling another…then when a man is found stabbed in his bed. His door locked. His sheet pulled over him. Poirot must discover why… 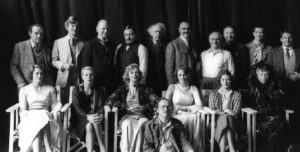 This was the first interpretation of her work Christie was warm to. It was the first one that made the text feel serious enough to warrant deeper exploration. Before it was camp. Now it is complexity. Forget the clues, herrings and carnage of other films. It is an exploration of character, the consequence of history and the power of revenge. It proved that Christie could allow the reader to be driven into texture and tenor that were absent from almost all of the thriller/ giallos of the era. 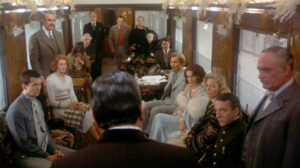 I can see exactly why Agatha loved this version so much. It keeps rich strands of narrative and that sticks to the book. It builds the story like the train rolls. It also harnesses tone with a consistency that captures tensions and persona.Then just when it could over boil it still fuses the contrasting of the story and the solution coherently enough. How? It  never meanders from the path. It just rolls along and keeps feeding you information. This was missing prior from other translations. This makes the piece relevant, serious and sensational. 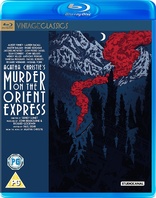 Only complaint is that the print is occasionally very grainy and has suffered damage.