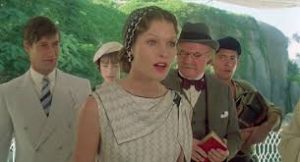 The Agatha Christie classic set on the Nile, sees a young millionairess Linnet (Lois Chiles) murdered in her cabin after her husband (Simon MacCorkindale) is shoot by her jealous friend (Mia Farrow). Anyone on the ship could have done it. From the soon to be bankrupt doctor (Jack Warden), to the liable ridden writer (Angela Lansbury) to the servant (Maggie Smith) of a rich heiress (Bette Davis). So Poirot (Peter Ustinov) and Colonel Race (David Niven) are set to solve the mystery of the death on the Nile.

Making its mark in more ways than one, this is the successor to The Murder on the Orient Express. This said, would I recommend this to the hardened Christie film fan?  Well yes I certainly would. Why? well let me begin. It has the all star cast, the Shaffer script and the hand of a skilled director. It also has much to offer the first time watcher and the amateur or film student director. It is a well structured, well told, well acted and very well directed film. It composes some wonderful scenes and uses narration often with finesse. 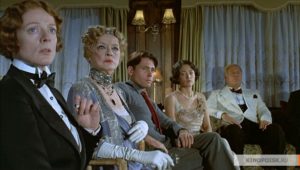 Director John Guillerman (director of King Kong (of 70s fame), The Towering Inferno and Shaft in Africa to name a few) gives the film a firm yet respectful treatment. Not as camp as later works but firm and flirting with the idea of ham. Its paced like a rolling mystery (at 2hrs 20mins), which is to say that it builds to its conclusion. The film needs it as the actors are good enough to play to it and give us something with bite. It also looks lovely and won an oscar for its costume that is spot on to the time period. 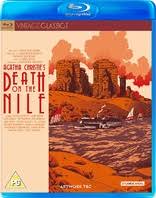 The extra bits are a much of a muchness. The best piece is the interview with Anthony Powell. He gives us a very passionate and persuaive discourse on the art and the skill of what he does.