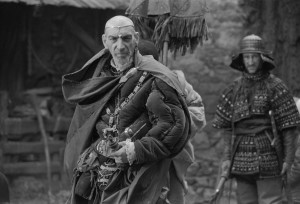 We begin in a world near identical to our own, the renaissance has been supressed and nearly all intellectuals have been killed. A group of scientisits have been sent from earth in order to explore the world and its people. This means that the world is stuck deep in the medieval ages. Don Rumata is one of a group of scientists that have been sent to observe and understand the place and its people. He finds the world ruled by Don Reba, a brutal leader that rules by fear. Rumata wants to find Budakh, a doctor and fellow passenger on the journey to the new world. He witnesses horrors befallen by Reba’s militia ‘The Greys’ on those considered to be subversive. Rumata has a position in the worlds society as a near god. He is treated both as a hero and as a feared power beacon. The locales are living on a knife edge and try to keep peace by sayingh nothing to draw fears or attention. As intellectuals are murdered in ever horrific ways, the balance is moving toward insanity. Events spiral out of control, the reality of this creates a dark tension. The world will destroy all who enter it. 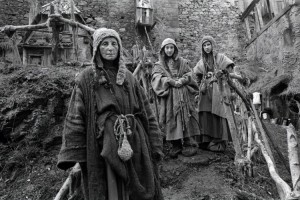 Watching me watching you

Hard To Be God comes from a long line of Russian cinema that meditates on the fragile human condition and its place in modernity. Often this takes the views about the spiritual void of groups, loss of critical voices and the culture decay that losing these might bring. With Hard To Be God it is very much balanced on the seperation of intellegent thought from power. The demonic, agressive use of power to control and restrict. This film has been retitled as The History of the Arkanar Massacre in much a way as to say its roots are in the savage balance of human animal. Now we could have all guessed that! But it is in the films visual construction that we are drawn straight into the world of savage horror. The stunning black and white cinematography, with its harsh black hues is amazing and reflects the darkness boiling up. Also the film slowly then dissolves into a strange series of close up, murky, natural images of faces (A trademark of German previous films). This adds not only to the disturbed feeling of tension but also the surreal tones of the piece as a whole. Think of this as a return to the magnificent works of Vlacil and espically The Valley of the Bees… 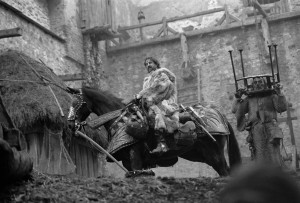 The Blu ray itself looks stunning and the 1080 transfer keeps the cinematography in stunning form. I saw the film at a screening and have to say that it is almost like for like in visual range. Amazing and well worth in.The interview with Germans son is actually very interesting. It shows how an artists death causes much change but also makes the work more important as a result. The apperciation has a value that is totally worth watching, as is Brookes talk on German. It is insightful and wide ranging in its comments and the booklet is very well put together too.