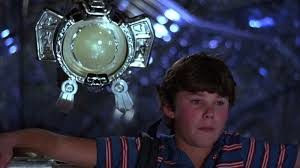 Back in the near past, Walt Disney were a different beast. They were suffering from a serious lack of interest in their product. That product was animated films and the reason was a simple one. Blockbusters like INDIANA JONES, THE GOONIES and STAR WARS. These films had dampened the audiences desire for song and smooching and instead had turned them on for action. FLIGHT OF THE NAVIGATOR was the answer to this. An action adventure about a boy, an alien craft and a chance at making it back to his family. 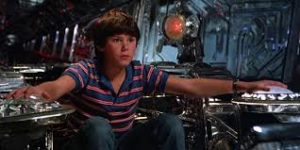 July 4, 1978. A firework festival in Fort Lauderdale, Florida is about to take place. David Freeman (Joey Cramer) is a 12-year-old boy excited about the event. However, his brother Jeff (Matt Adler) is at a friend’s house and won’t come home. David walks through the woods to pick him up with his dog. When he slips down a ravine and is knocked unconscious, it seems like maybe a few hours have been lost. On waking he finds out it is 1986 and he has been missing for 8 years. Why? 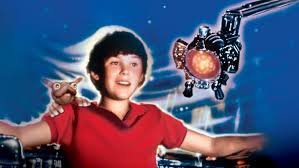 To coin a phrase ‘They do not make them like they used to…’. A twee phrase but it applies perfectly to FLIGHT OF THE NAVIGATOR. Dealing with space is one thing but to blend youthful innocence, independence, familial love to the sauce is a difficult conjuring act. Disney excelled later at this but the nerves they showed over the piece (which seem puzzling now), reveal how they could not see it becoming what it did. A delightful childhood dream, funny, often silly but utterly magical. 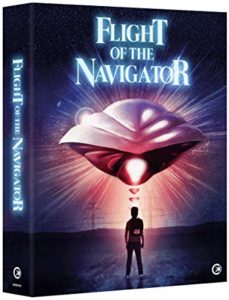 Going for broke on this. The Blu Ray 4K scan and restoration, is both allows us to glean the skillful use of special effects and also see the detail in the ship. These are the good elements. The bad is that it makes some scenes flatly lit.

Three of the best? Well the top treat here is Playing The Navigator – New interview with Joey Cramer. Cramer has been through a lot. He unloads his utter joy at seeing the film again. He has a strange child like thrill in all this. From Concept to Creation: The Special Effects of Flight of the Navigator – New interviews with Jeff Kleiser, Randal Kleiser and Edward Eyth to understand the effects of the film (and how they were stripped down and slight) you have to see this rather short run through. Audio Commentary with Randal Kleiser and Producer Jonathan Sanger talking about the film from a distance and an angle that reveals a film so familiar. 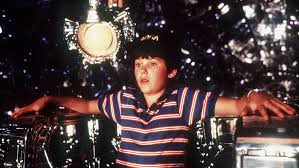