Wong Fei-hung (Chan) is a happy go lucky clown. However when his father is attacked by an assassin, he has to learn to stand up fast. So he goes for training with the haphazard but brilliant Drunken Master, Su Hua Chi. 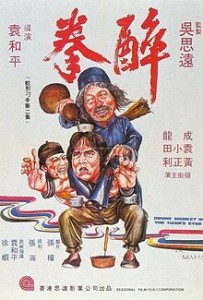 It has always been something I never got. Martial arts movies are often just slap, pantomime and over used plot devices. Chan always was to me silly. Slapstick silliness is not the only reason I was unsure. It was because I was unfamiliar with the tropes, conventions and plays of the genre. Now after 20 years since I first saw it, the film feels easier and fun. The film is a rolling aisle type of work, playing to the crowd. Based on a well known Chinese character, it would have been both broadly received and  perceived. The role Chan plays is balanced by an equally slapstick sidekick in Yuen Siu-Tien. The script is serving the film with prat falls and pacing that is dynamic and direct. It is a superb film for the family, It should not be taken seriously as a work of remark or analysis unless you want to explore the industry. It is a film that is fun and as they say in India, time pass. 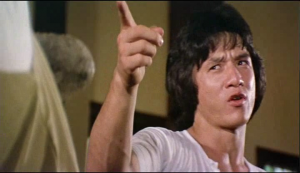 The extras. Great work on the transfer. Great work on the subs and audio. Tony Rayns again is the voice of the form and a great voice at that. The best thing on the disc is actually not on the disc. Michael Brooke is a superb historian and his essay is wonderful. The historical commentary in the essay for this disc places it correctly and with knowledge.