Rocco and His Brothers Blu-ray Review 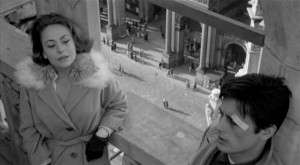 Rocco comes from Southern Italy from a poor rural town and has moved with his family to Milan, after the death of his father. Rocco has four brothers and a overbearing matriarch in the form of his powerful mother, Rosaria. The other members of his family have all moved before him and some have settled into the new world of city life, loves and works. Rocco is trying to fit in and wants to be a part of the family and the life of the new world. He works for sometime bringing money into the family and one day meets Nadia. Nadia has just been released from prison, after serving time for prostitution. The problem is that his brother Simone knows her as well. 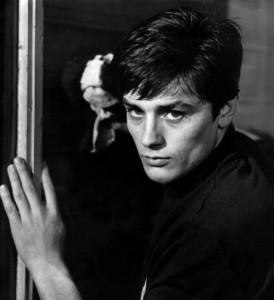 Where to start on one of those films heralded as the greatest ever? I could give you the back story, director notes, actor information etc… or I could tell you that I was blown away by this films story and visual content. A film that tests and challenges the viewer. Opens up an array of themes, explores them, reflects on them and then concludes on them. It tells a story that is so truthful and honest, it becomes harsh and hard. Harsh because it does not feel like it lives on another world but our one. Hard because it is not wanting to be on another world but our one. It never falters however and this should be its greatest asset and the simple reason you should watch it. The other reason I loved it was that it looks astonishing. Black and white cinematography can be used as a brush stroke to paint in mise en scene. That is to say it is used to be in itself ‘real’ and honest. The 4k transfer from Masters of Cinema loves this and makes it some much more stunningly truthful. The colour depth, tones and field is amazing. You can see how Visconti wanted us to see Milan and the world of Rocco. Its visual composition underlines the themes of poverty, family, love, harm, violence, space and time.

The extras deserve some praise but are not much different from the DVD release. The film however must be bought for the transfer. This is astounding and I am hard pressed to fault it. Rare a film is done so well and so right. Master of Cinema God bless you.