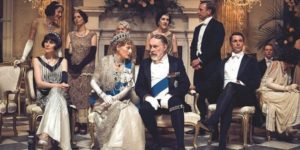 If you went back 20 years, you would stumble across the beginnings of GOSFORD PARK, a stately home murder mystery. That was the inspiration for DOWNTON ABBEY and its television incarnation. Now that the television show has converted to cinema, my thoughts are dragged back to Robert Altman’s film and what has happened to our world 20 years on.

The Crawleys have just received a letter from Buckingham Palace. Its a special delivery and one that no one expected. A royal visit is in the offing and they must be ready. The staff prepare for the most important moment of their and the houses, existence. The king and queen of England are hard people to please and have requirements. Thankfully a load of helpers are on hand. Will it all go well? 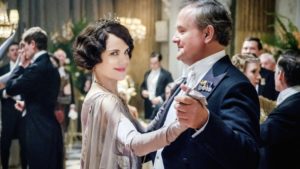 DOWNTON ABBEY is a disappointment. It might do well financially but for the ardent viewers I watched with, it made for sad viewing. It suffers from being both an off shot of a film that I liked and of a TV series others did. The former has left the hang over of expectation. I expected, at the very least, the weight and panache of Fellowes writing. The latter was more about a certain quality. The most disappointing for many, is the quality issue. DOWNTON is a television programme that aspired to be a step up. This film is shot and edited like a television programme. Lots of soft focus, sharp cuts and tired framing (for narrative purposes of course.) The aspiration seemed to leak out of the screen. 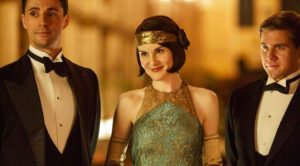 This television focus also ran into the written work. At times feeling like an extended Christmas special. All wrapped nicely to its ends but without anything added or subtracted. Empty vehicles and empty ventures. A sad case of ‘who cares’. The extras in the disc felt like this. They reeked of a lack of anything but the ring of a cash register….