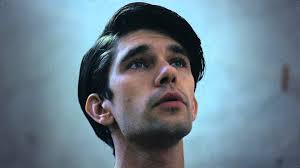 What do you get when you combine the vivid imagination of a world-class fashion photographer with the effortlessly captivating presence of one of Hollywood’s best actors of today? The result is The Muse, Tim Walker’s serene, haunting short film starring Ben Whishaw.  With strong tones of Hans Christian Andersen’s dark classic ‘The Little Mermaid’, it portrays a man living a life of torture, driven crazy by his love for a mermaid whom he once captured and kept in a tank like a wild, serpentine pet, but whom he now only has his photography to remember her by since she sprouted legs and left him.

Shot stunningly on film, and stemming no doubt from Walker’s expertise in honing every gesture and aesthetic detail to perfection, every frame is a thing of beauty – each moment could be a painting, or an image taken from a high-fashion magazine.  It’s easy to see how the inspiration for the film was born from a conceptual photo shoot with Walker’s own real-life ‘muse’, model Kristen McMenamy, in which she posed inside a man-size tank, writhing around in an eerily realistic fishtail with her almost transparently blonde hair fanned out underwater and her half-seeing eyes open wide.  The image itself brims with otherworldly intrigue and evokes endless ideas about a deeper narrative beyond the vision. 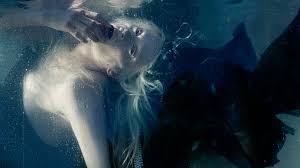 With these components already in place, to say Walker struck lucky getting Whishaw involved in the project would be an understatement.  As the film is so sparing in terms of language (his occasional, eloquent voiceover is more like a wash of poetry than a driving feed of information), it could easily stop at being purely a form of moving artwork.  Yet Whishaw brings so much to his role, an indescribable range of emotions and subtle nuances that engage the viewer so undividedly that we finish the film feeling that we have travelled to the murky depths of a character’s very being.

The Muse and behind-the-scenes bundle is available now, globally and exclusively at http://www.wearecolony.com/the-muse​