The Accountant of Auschwitz Review

In 2015, a 94 year old man called Oskar Gröning, was put on trial in Germany. It became clear that Gröning was a German SS officer with the nickname “The Accountant of Auschwitz”.  He had been in charge of the financial operation that saw his complicity in the murder of 300,000 Jews at Auschwitz in 1944. After the Holocaust and the war ended, Gröning been left in German post war society to live his life, finally ending up in a small town in the edge of the countries forst regions. Gröning’s trial however made headlines across the world. It set a presedent, the reason was simply. It became the first  around the world to allow the prosecution of those that simply saw themselves as cogs in an all powerful wheel. So a frail old man took the stand to face his former victims and justice after all these years aof freedom from prosecution of his crimes. 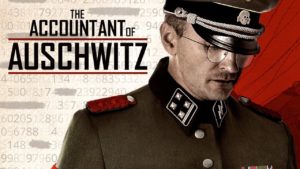 Our immediate understanding of the near past, has been fused together by legacy of monsters and suffering of innocence. The nightmare of political extremes and the acts left over from them, have affected millions even today. Many horrors were buried deep in society and family spaces. Words were surpressed and deeds were silenced to allow some to escape and others to forget. Oskar Gröning was an SS officer that for many encapsulated the post war handling of the Nazi war criminals. He was let free to live a normal life, not blamed for his actions and often allowed to distance his involvement from the events of the Holocaust.

Documented in The Accountant of Auschwitz is not only his trial but the philosphical arguments that define the prosecution of a long term criminal. This is deeply important to the conversation. Reflecting on the idea of complicity and age. 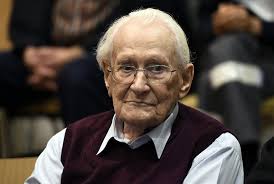 Asking the questions about involvement and complicity allow the subject to move from simply documenting horrors, to understanding motivations and histrionics. As well as including the broader conversation about the philosophy of justice, we also have John Demjanjuk. His case is a fascinating, as it defines how those who were involved but not directly, were handled and how their prosecution led to others being brought to justice. Its inclusion essentially underpins the discourse finer points.  Though short lived as a documentary, it is explorative enough that it brings all to the table and allows both a settlement of the case and the issue of responsiblity to be defined more successfully for a new genration.