Monday was a phenomenal day for documentaries and home to two highlights, the astonishing Attacking The Devil – which has since won the prestigious Doc Fest Special Jury Prize – and the beautiful 112 Weddings. A fresh take on a war documentary came first with In The Shadow of War. The day concluded with a ’70s roller disco courtesy of Doc Fest, naturally.

The war in Bosnia and Herzegovina ended nearly twenty years ago, but the damage still lingers. A third of the population suffer from post traumatic stress, and stripped of hope and ambition, 50% of young people turn to crime. In The Shadow of War examines the long-term repercussions of war rather than the immediate and headline worthy. What happens longer after the media stop intervening?  What happens after the dust settles?

Sibling team Georgia and Sophia Scott follow the lives of four young people who begin to answer these questions. Ante’s father has been imprisoned for brutal war crimes.  Magdalena continually suffers domestic abuse at the hand of her traumatised father. Elvis grew up in an orphanage and is now facing homelessness. llija was possibly conceived through rape and takes solace in diving to help him deal with his mother’s rejection.  It’s refreshing that death tolls, violence and politics are not the focus here. Likewise there is a more realistic presentation of post-war life, not the post  war euphoria explored in Ken Loach’s documentary, The Spirit of ’45. Quite boldly, no academics or politicians are interviewed either, which makes a change considering the subject. Unheard voices are crucial to considering the bigger picture surrounding war, those who have experienced it first hand, not examined it from afar. 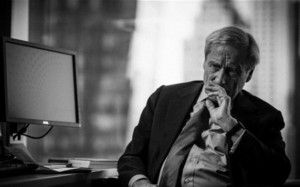 The powers of investigative journalism are celebrated in Jacqui and David Morris’ Attacking The Devil: Harold Evans And The Last Nazi War Crime. Former Sunday Times editor Harold Evans used his position of influence to discover how the drug Thalidomide –  provided as a cure to morning sickness in the ’50s and ’60s, and left thousands of children with deformities – was so blithely distributed. Through an arduous ten year campaign he gained compensation for the struggling families of victims and exposed the truth behind the negligence.  The peculiar title stems from the drug being tested by the Germans and tested in concentration camps as a search for a nerve gas antidote.

It’s jaw-dropping, edge-of-your-seat content that unravels in a stylish and skillful manner. Since The Leveson Inquiry journalists have a skewed reputation, and it’s too easy to forget those who gave the profession a great name and inspired others to follow suit. Fascinating, thought-provoking and immensely powerful; Attacking The Devil is a masterpiece of documentary film making, fully deserving of it’s Jury Prize accolade. 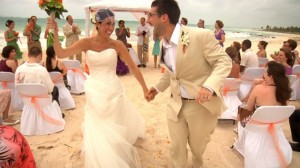 In a whole different documentary vein altogether, but equally accomplished, is Doug Block’s 112 Weddings. Real weddings are usually associated with entertaining yet schmaltzy TV programmes, and you could be forgiven for thinking this will be more of the same. This poignant film is far more than that, however. Acclaimed director Doug Block has filmed weddings as a side project for years, initially to pay the bills, and later because weddings fascinated him. Other filmmakers might be snobby towards the idea, but he loves the dramatic potential of a wedding; “It’s like being backstage on the opening night of a play” he says. Eventually he had accumulated so much great material he decided he would make a film out of it. He tracked down his most memorable couples to see how, or if it at all, their marriage was going.

The film is a blend of candid and intimate interviews with each couple in the present day – divorced or otherwise – juxtaposed with footage of their big day from ten to twenty years ago. Block also narrates and muses on the nature of marriage, pondering thought-provoking questions about the institution; why even get married? Is there a particular secret to a successful one? There’s even an interview with a charismatic and insightful Rabbai who has one of the best lines; “A wedding is so easy to make happy, you’re shoving a ton of money and liquor at it. A marriage is much harder to make happy, if you shove a ton of money and liquor at it, it often makes things worse’. It’s frankly impossible to not be moved by each experience shared. The stories reign from the hilarious (one couple are blissfully aware that are constantly speak over each other), the saddening, and the heart-warming. With such a breadth of footage it’s a good job Block employed such a skilled editor, it really is all wonderfully put together. An incredibly life-affirming and entertaining study of marriage and it’s bizarre, puzzling ways.