Of Flesh And Blood: The Cinema Of Hirokazu Koreeda Blu Ray Review 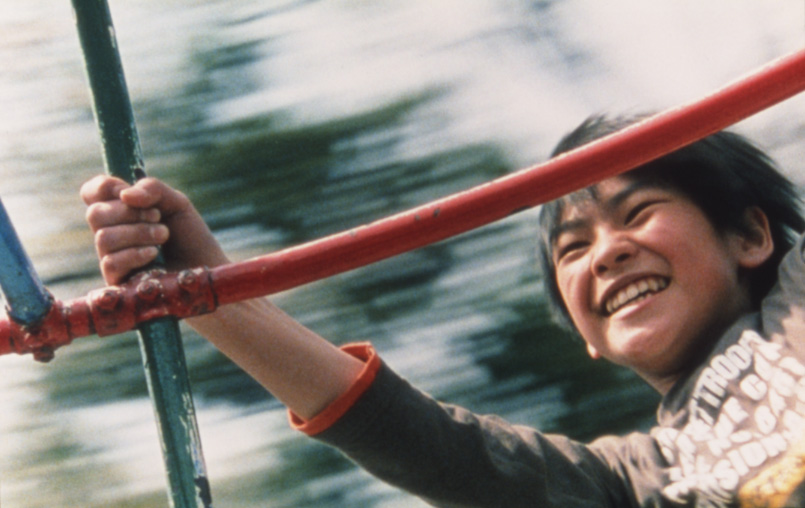 Hirokazu Koreeda is one of the most prolific, respected filmmakers in Japan, but he’s still relatively unknown in the west. He’s not loud and violent like Takashi Miike or Takeshi Kitano, but his films are just as devastating in their own quiet way. Often referred to as this generation’s Mikio Naruse or Yasujiro Ozu, he’s almost Japan’s answer to Ken Loach or Mike Leigh. His slice of life dramas are often bleak, but point to universal themes such as depression and social issues, and generally strike a balance somewhere between heartbreaking and uplifting.

Of Flesh And Blood, the newly released boxset from BFI, is a perfect showcase for four of his most important films. 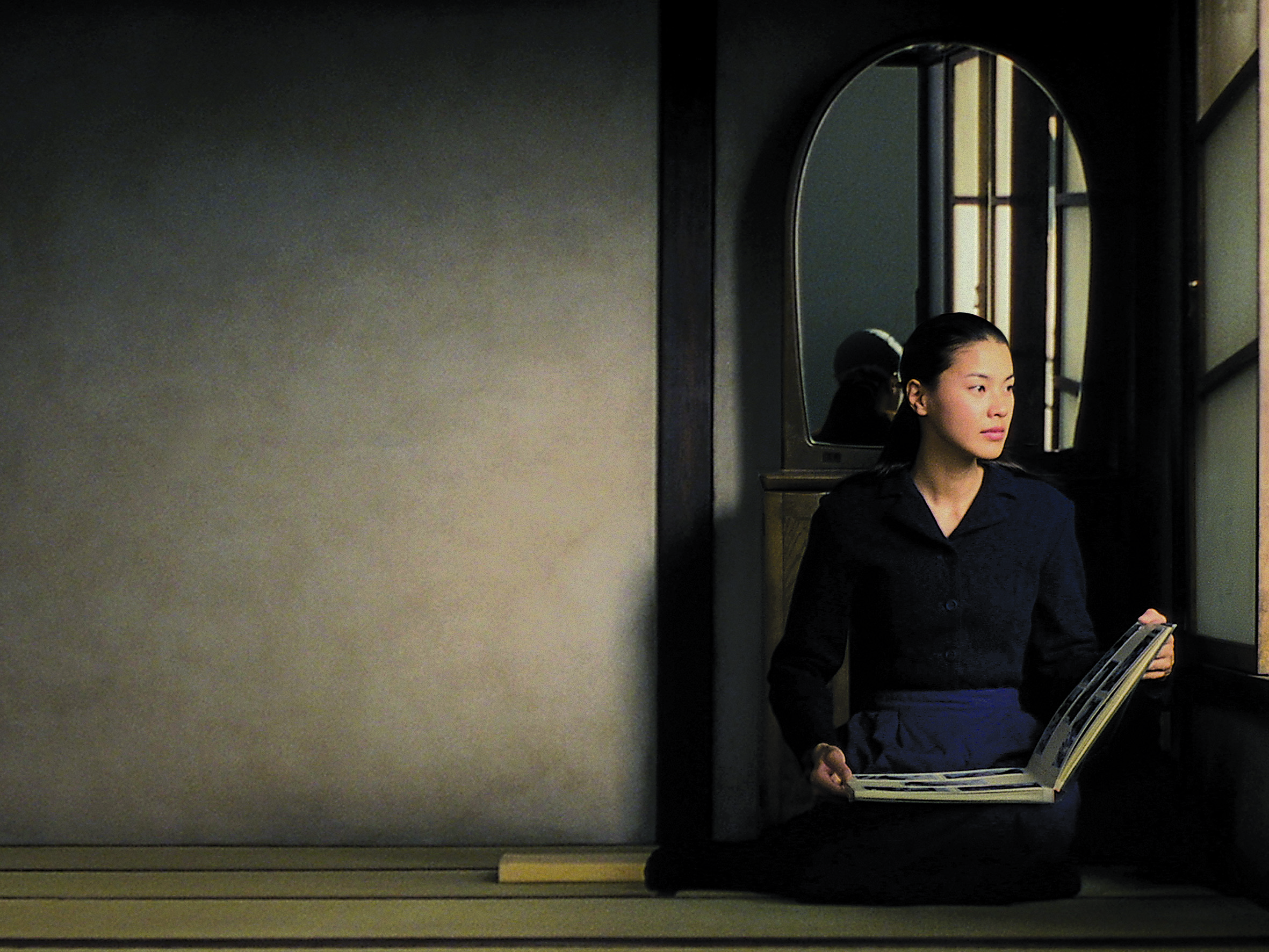 One of Koreeda’s earliest films, Maborosi is a sensitive depiction of depression, and the impact suicide has on the ones left behind. It’s a simple enough premise, which Koreeda manages to make uplifting in a non-saccharine way. It’s spiritual without being cheesy, and sad without being too heavy.

Koreeda’s films aren’t generally showy, predominantly shot naturally with muted colours, but this is him at his most picturesque. There is something about the framing, the prominence given to seemingly banal objects, that’s really distinctive.It’s no coincidence that this was his only collaboration with cinematographer Masao Nakabori, and Maborosi is one of his most beautifully shot films as a result, with really serenely composed framing.

It also features a wonderful performance from Makiko Esumi as the young widowed mother of one who is struggling to understand the tragedy that has befallen her whilst also navigating her and her son toward a better future.

While not the most representative of his work, Maborosi is a mature film with some incredibly assured direction and serves as a great starting point when watching these films. 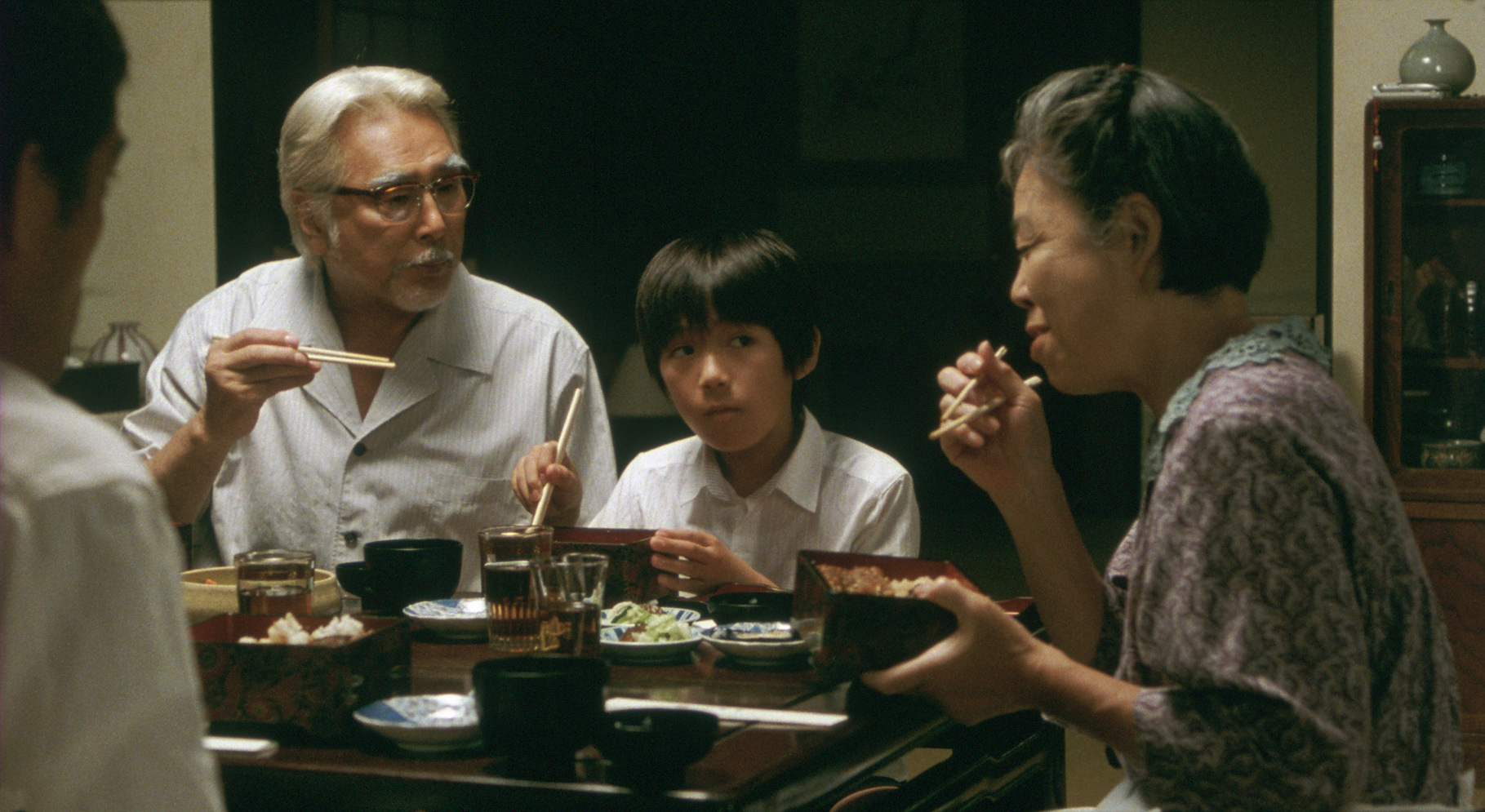 Still Walking is a much lighter film, following a day in the life of a family, as they gather together to commemorate the death of the eldest son. Japanese culture  looms large in this one, as the younger son clashes with his father over his chosen career, and his new wife navigates the family’s idiosyncrasies.

Of the four films in the set, this is the warmest, with the family dynamics feeling authentic and true to life. The performances are great across the board, with the characters all feeling lived-in and real. It often feels like the audience is a fly on the wall at a real family get together. Koreeda was reportedly inspired by his own family, and it translates well on screen.

The film is full of richly observed moments, and conflicts that are all too relatable, where a seemingly offhand comment can feel as devastating as a slap. It also offers an insight into Japanese family dynamics that never feels too forced. There is a real poignancy in the scenes between the parents and their offspring, and there’s an emphasis on the little moments that you wouldn’t give a second thought to at the time but spend hours ruminating on later.

If you’ve never seen a Koreeda film before, this is probably the best place to start. It’s very similar in tone to his later film, Like Father Like Son; Still Walking is a gentle, poignant film that never outstays it’s welcome. 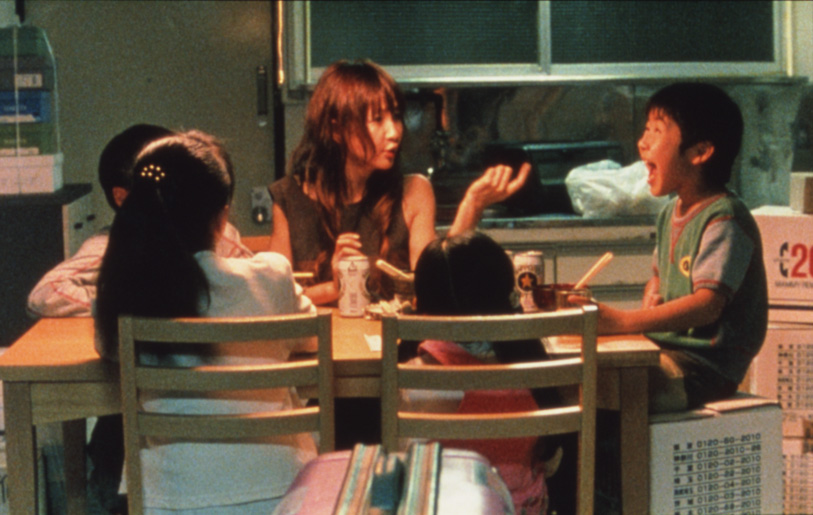 The jewel in the crown of this set is the heartbreaking Nobody Knows, which follows a family of siblings who are abandoned by their mother and have to cope on their own. Based on the 1988 Sugamo Child Abandonment Case, it’s a film that combines gentle humour and nicely observed heartwarming family scenes with some utterly devastating moments.

Koreeda has said in interviews that he doesn’t view the issues in his films – be it depression or child abandonment – as solely the responsibility of the individual, but more that of society as a whole. This is demonstrated here, where the mother isn’t vilified, but portrayed as another flawed human being. It’s society that ignores the problem completely, and this is shown through multiple characters on the periphery of the plot who choose to not see what’s going on.

In a lot of ways Nobody Knows is reminiscent of a modern day Grave Of The Fireflies. The cast are uniformly excellent but Yuya Yagira gives an incredibly nuanced performance as Akira, the oldest child. He conveys so much in a largely non verbal performance, showing a mixture of weathered experience and innocent glee at the brief moments of escapism. It won him the best actor award at the Cannes Film Festival and he remains the youngest ever winner of this award at 12 years old.

Koreeda always brings the best out of his child actors, (Still Walking is another example of this) and here he coaxes distinct and unique performances out of each one. Nobody Knows is a bleak but brilliant film, and thanks to the lightness of touch that Koreeda brings to the hard hitting material it remains a rewarding and moving viewing experience. 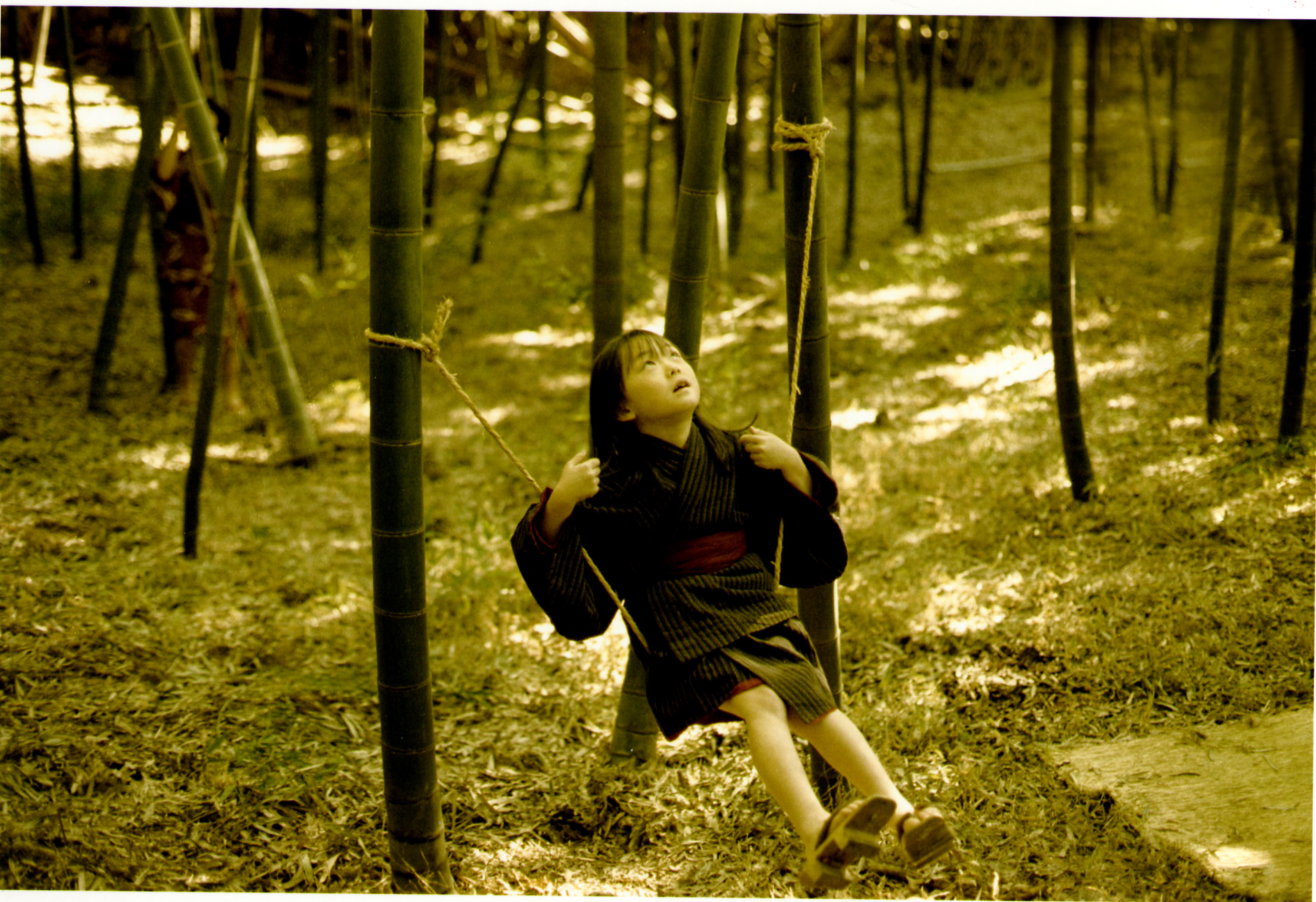 While Nobody Knows is undoubtedly the most powerful in the set, my favourite is the simultaneously fantastical and low key After Life. It’s a spiritual, life affirming meditation on memories, which promotes the idea that death is just another part of life.

Heavily influenced by Frank Capra and Ernst Lubitsch, this is a fantasy told in Koreeda’s realistic style, where the afterlife is represented as an old office building, where a small devoted team of ‘social workers’ help the recently deceased reach the next plane of existence by identifying their favourite memory – which they can then relive for eternity. It’s a sweet, innocent film that’s charming without being twee, and it’s the best demonstration of Koreeda’s inherent humanity.

It’s a simple but effective premise, and the most memorable part of the film remains the testimonials of the deceased characters as they choose their memories, which are all presented as real interviews. Each one of these is touching in a different way; be it a memory of performing a dance as a little girl, or a romantic reunion, or just sitting on a park bench as the blossom falls. It’s a bittersweet, moving tribute to life and death, with some really touching moments.

Of Flesh And Blood is a great way to experience Koreeda’s films, and if you’re unfamiliar with the director this is as good an introduction as you are likely to get. Four distinct films, thematically different but unmistakeably the work of the same person. Packaged in a lovingly put together box set, this is a must have for all fans of Japanese cinema.

BFI Blu Rays are always more concerned with substance over style, and this is no exception. The limited edition boxset contains a 72 page book of interviews and essays on the films which sheds a lot of light on some of the more specific references and cultural elements in the films. While this might not be for everyone, I love in-depth film analysis like this, especially when they’re written by people who clearly know their stuff, such as Midnight Eye’s Jasper Sharp, renowned critic Tony Rayns and Koreeda expert Alexander Jacoby. Also included as special features are commentaries by various critics and writers, an interview with the director filmed at the BFI London Film Festival, and various Making Of Documentaries, Interviews, Deleted Scenes, Trailers and Still Galleries.