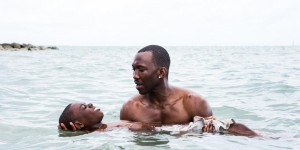 Moonlight is a rare find in cinema – a film that transcends any genre conventions, with sublime performances, an emotional ride, poetic, charming, universal storytelling and ultimately – incredibly important. Long story short; we are lucky to be able to watch a film like Moonlight.

The second film from Barry Jenkins and based on the play In Moonlight Black Boys Look Blue by Tarell Alvin McCraney, Moonlight is a powerful and compelling coming of age tale, which certain audiences may want to see as ‘black cinema’ or ‘LGBT cinema’ and whilst these descriptions are fine, both are far too basic and fail to illustrate the universality of the film.

Split up into three segments, Moonlight follows Chiron (Alex Hibbert, Ashton Sanders & Trevante Rhodes) across three different periods of his life. Moving from young Chiron, growing up as a shy child, living with his emotionally abusive mother, Paula (Naomie Harris) and trying to escape the bullies at school to teen Chiron who finds himself uncomfortable and unsure in his own skin and head. Teen Chiron is going through the motions, trying to figure out who he is and what his relationship with his best friend Kevin (Jaden Piner, Jharrel Jerome & André Holland) could mean for his future but when the hazing from the bullies at school becomes too much for him to handle, he retaliates in the only way that his frustration will allow.

The last segment follows adult Chiron; a hardened drug dealer with few real connections to the outside world. He is stacked and people respect him but that obviously isn’t enough. He has a fractured relationship with Paula who is now at a drug treatment facility but knows now is the time to forgive her. When Kevin randomly gets back in touch with Chiron, he tells Chiron that he is a chef in a small diner in Miami; their reconciliation could be the change that finally makes Chiron learn about himself.

During the first act, whilst Chiron is on the run from bullies he meets a drug dealer, Juan (the absolutely 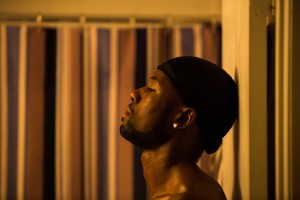 incredible Mahershala Ali) and his girlfriend, Teresa (Janelle Monáe) who take him in on that first night, feed him and let him sleep over until he tells them where he lives. Their relationship grows and Chiron often finds himself running away to the couple who become like surrogate parents to him.

One of the amazing things about Moonlight is that no one performance outshines anyone else; they are all on equal ground and outstanding. The chemistry between each and every single one of them is touching, setting the screen aglow with emotional intensity that is rare to really capture on film. In one particular sequence, the young Chiron is sitting at the table with Juan and Teresa and asks whether he is a fag and Juan explains that he may be gay but he isn’t a fag. This is an incredible moment in the film but also a moment to be celebrated – for too long audiences have had to watch stereotypes and bad writing. For too long characters like Juan in the most unintelligent of films were homophobic, had bad attitudes about women and violent but not in Moonlight. The scene continues and Chiron asks whether there is a connection between the drugs his mum takes and Juan’s business – Juan doesn’t lie, he says yes and the young boy just bows his head and walks away, leaving Juan to break down. 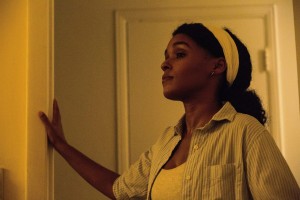 The score by Nicholas Britell is beautiful, filling in the moments when it is needed the most and embracing both the action of the film and the audience themselves – it acts like an entry into the world of the characters. Jenkins along with cinematographer, James Laxton, capture the story with such love and vitality – the colours of each segment shine with cold and warmth and really allow the cast to illustrate their emotions without becoming too intrusive or unsubtle.

Moonlight is an important film, that has been said, it is a film that is vital and needed and should start a revolution in cinema. It sticks in the head of audiences, gripping them and comforting them and confronting them. It is fresh and full of life and something that every single one of us should go and watch.