Into the Abyss Review 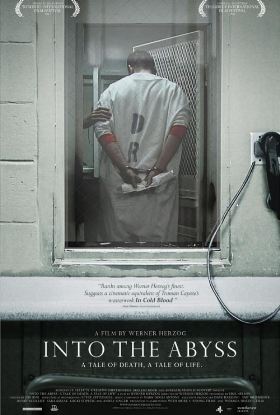 In his latest documentary Into the Abyss, prolific director Werner Herzog presents the stories of two men, inmates convicted of a triple murder in 2001. One, Jason Burkett, pleaded guilty to two of the three murders and received a life sentence (eligible for parole after 15 years); the other, Michael Perry, maintained his innocence until the day he was executed in 2010, having been found guilty of the third.

In 2000, Perry and Burkett were arrested following a shoot-out with police. At the time they were driving an Isuzu truck belonging to Adam Stotler, whose mother Sandra had been found brutally murdered three nights previously. Following their arrest, Perry confessed to the murder (later recanting) and led police to two other bodies: those of Adam and his friend Jeremy Richardson.

It emerged that the Stotlers owned a Camaro, a handsome convertible, which Burkett and Perry wanted, and that they had committed the murders in order to get their hands on the car. At their trials, and in the ten years since the killings, Burkett and Perry have each pointed the finger at the other.

Herzog was given access to a great deal more than just the key players in the story. The film makes use of crime-scene footage shot by forensics investigators and takes the viewer into the Death Row holding cell and the execution chamber. As well as Burkett and Perry (the latter of whom is ostensibly the film’s focus and was executed by lethal injection eight days after filming began), Herzog interviews the Death Row chaplain who officiated at Perry’s execution, a former death house captain who oversaw more than 150 state executions and numerous family members of both the convicts and the victims.

It’s a difficult film to watch – the audience occasionally tittered in discomfort. The forensic footage itself is harrowing, and Herzog paints such a bleak portrait of Conroe, Texas, where the murders took place, that there is a sense almost of inevitability about the brutal crimes. Almost everyone interviewed seems to have been, or to be related to someone who has been, in and out of prison multiple times. Jason Burkett’s wife, who met him while working on his appeal and married him even though they were not allowed to touch (and is now pregnant with his child – into the mechanics of which Herzog delves somewhat distastefully), comes across as borderline delusional.

Herzog’s stated intention in making the film is to examine why people, and the state, 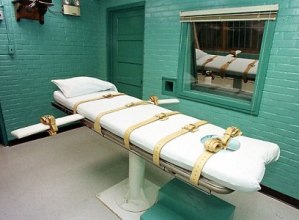 kill. His personal feelings are clearly stated early in the film, when he tells Perry that he is against the death penalty himself. On the one hand, one has to criticise him on one count: for all that the film is generally free of bias, he does occasionally ask very leading questions of his interviewees, particularly the former death house captain, putting words into their mouths – not the act of a balanced documentarian. On the other hand, he does not attempt to make a martyr of Perry, portraying the facts of the case (for the most part ; he has chosen to elide entirely the involvement of Kristen Willis, Jason Burkett’s then-girlfriend who was a key witness) without prejudice and never seeking to make judgements around Perry’s guilt or innocence.

It is interesting that the film was chosen for screening at the Human Rights Watch Film Festival, and that anti-capital punishment organisation Reprieve chose to co-present it. Unlike most documentaries focusing on this subject matter, it does not come across as a plea for an end to the death penalty; it focuses on a single case; it never focuses on miscarriages of justice. If anything, one has to wonder what it is that Herzog set out to achieve.

Whether the film is likely to change the mind of a stalwart supporter of the death penalty or even reinvigorate the faith of a confirmed pro-lifer seems doubtful. But then, Herzog himself has said that “I’m German and sometimes I make feature films, but I’m not a journalist… I’m a poet.” While it is a fascinating, moving and thought-provoking film, Into the Abyss does feel more like a meditation on a theme than the work of a documentarian on a mission.

Into the Abyss: a Tale of Death, a Tale of Life is released on Friday, 30 March.