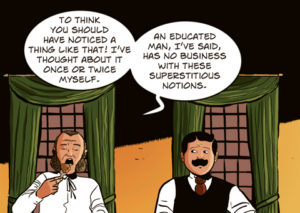 Another collection of M R James ghost stories hits the shelves this Hallows Eve. It features four more stories to chill the evening dark and warm the back of your neck with fright. James was a delicate and exact writer, who used the unknown as his playground. Spectres, ghosts, ghouls and the things which creep into our rooms as we slumber were rife. Men of the world, educated, informed and well dressed were often its prey. 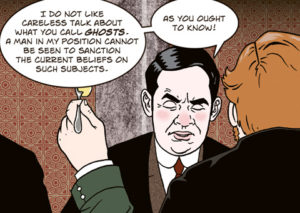 They either unwittingly or haphazardly exposed themselves to the menace. Number 13, the first story is a dark tale of a man that sold his soul and a room that is the portal to hell. Count Magnus, tells the tale of obsession travel writers and the tomb of a long dead monster. The Treasure of Abbott Thomas, sees the exploration of a church for a mythical lost treasure, unearth some unholy horrors and finally Oh Whistle and I will come to you, my Lord. A nightmarish tale of the dark, tomb exploration and a whistle that calls the ghosts to its owner. 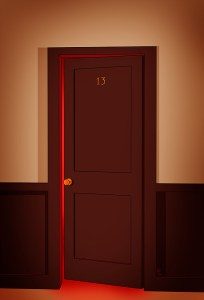 I read this late at night, laying in bed as was appropriate. John Reppion and Leah Moore give us a collection that almost outshines its first. James stories are retold with delicate energy, sometimes stunning visual simplicity and dexterity. Number 13 and The Treasure of Abbott Thomas shine as the best stories here (only just in fairness.) Number 13 uses economy of image and a handy script to keep you engrossed. I really love the window sequences that narrated with skill but also with tension. The Treasure of Abbott Thomas is beautifully realised with hues of colour in the stained glass that should be seen to be believed. Count Magnus was for me, the least well told tale. It lacked the power to complete its narrative with skill but is visually very well rendered. Oh Whistle and I will come to you, my Lord was a good choice as the completion piece. It wasn’t as well told or as unsettling. It was however a skillfully directed piece that used some expertly shaped tools, to reach its underwhelming conclusion. 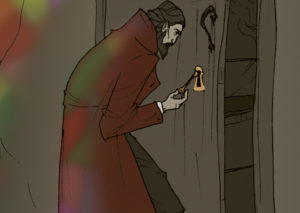 The work is very much up to par. It gives respect to its past work, M R James (who has inspired many writers) and the legacy of Gothic tales. The head of steam generated from the first book has propelled this work but I don’t feel it can sustain a third. What I mean simply is that James work was done a great service by the first book, this continues that to a point but I worry it could all be lost in a third collection. I feel that we might be seeing the completion of the series (or maybe they could do a trilogy but I feel that would be a mistake).