With nothing other than photography of water in all it’s myriad forms, Victor Kossakovky delivers a masterful if experimental documentary of this one part of the natural world. So much more than the sum of its H, 2 and O, humanity has never looked so fragile against the raw power of ocean waves, torrents and calving glaciers, this near silent work delivers a poignant and urgent message.

As the cracks of millennia old ice explode like detonations in a war zone, we watch the humans of Aquarela be dwarfed by nature, vulnerable and impotent against an often violent and sharply tragic environment that continues to move in an eternal ballet. 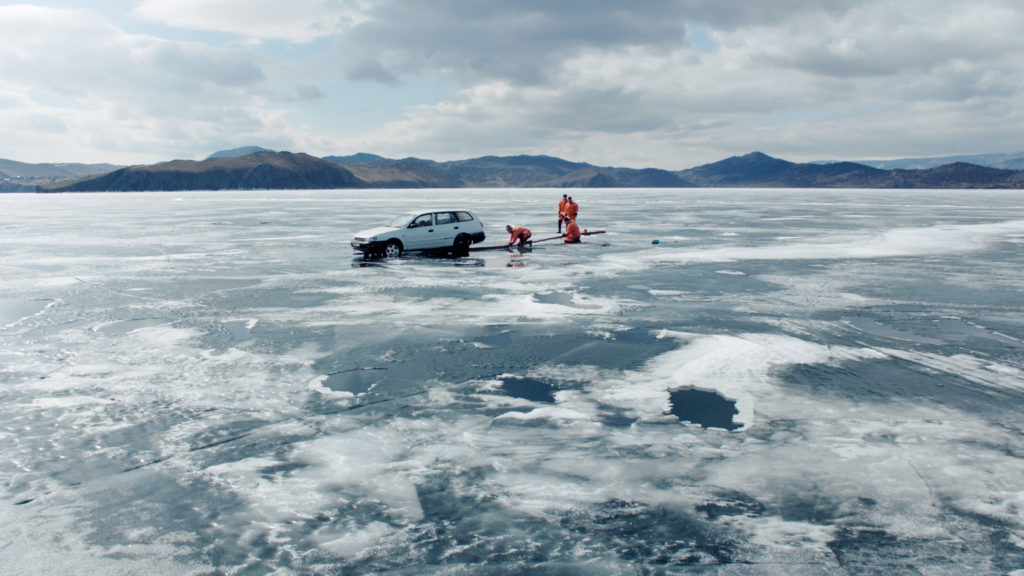 We watch police try to free cars and civilians from the ice on Lake Baikal, water thundering over the Angel Falls of Venezuela, but perhaps most haunting of all is the journey through the deserted, flooded streets of Miami. Kossakovksy’s film couldn’t be more prescient, as his camera floats down the waterlogged boulevards, how impermanent our structures really are is impossible to ignore.

Though this film’s agenda may primarily be to beautifully capture the magnificence of nature, stories of melting ice in Greenland rings freshly in the world’s ears. Some of the violent forces at work here seem distant and rare, Kossakovsky draws us closer to a frightening future that is become all too real for ever growing numbers, making this film an unmissable ode to our place on this glorious and terrible planet.