Why Are Minions So Popular?
Home
News

Why Are Minions So Popular?

Yellow as far as the eye can see! Let’s face it, if you haven’t heard of Minions, you’ve probably been underground for the last few years. Minions have become a global phenomenon, not just with kids but with grown-ups too. So how did these little yellow dudes end up becoming so famous? 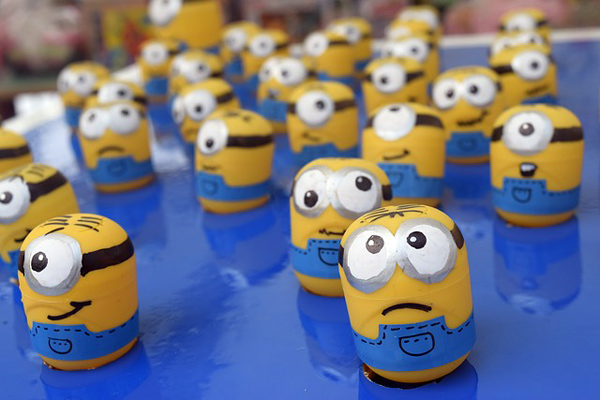 They were originally seen in the Despicable Me movie, as villainous Gru’s faithful workers. They were sidekicks, characters without even audible lines, but just as the penguins of Madagascar or the aliens from Toy Story broke out on their own, with their own following, Minions have done the same. So just why have Minions become so popular?

They’re cute
Resembling yellow pills, the Minions are ridiculously easy to draw. There are no great skills required to replicate the unique look of the Minions, in fact even a toddler could draw them with ease thanks to their rounded nature. This has made it very easy for Minions to be included in children’s drawings and given a new lease on life within a child’s imagination. With only slight variations between characters, Minions are really easy to customise, too. Let’s face it, the more you see Minions, the more you love them.

Minions are completely ageless, but they do behave a bit like children—it’s no wonder that we’ve embraced Minions, wanting to scoop them up and keep them safe from the bid, bad world.

They’re funny but don’t mean to be
Minions are hilariously funny but the beauty of them is that they really don’t mean to be funny. ‘Dumb’ is probably the best word for these little yellow guys. Unable to carry out any task they’re asked to, their stupidity knows no bounds. One clip that immediately springs to mind is the shopping trip in Despicable Me, when the Minions are sent out to get a unicorn toy—only the Minions would take that as an opportunity to dress in drag and cause massive trouble in a mall.

Five years on from their creation, the Minions can now be seen in their very own film, aptly named Minions, which is released on 26th June 2015 at Cineworld. Take a look at the trailer, and you’ll soon see why these cute little dudes have taken the world by storm.