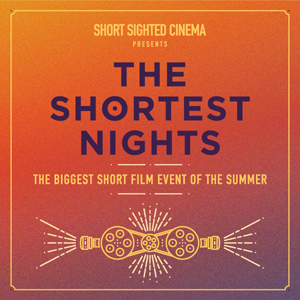 Short Sighted Cinema are launching their first EVER film tour and their biggest and most ambitious event yet.

On June 21st, Short Sighted Cinema will host THE SHORTEST NIGHTS, an all-day celebration of short film at Electrowerkz, London. The event will launch 6 new cutting-edge programmes showcasing the work of very best filmmakers, with networking, workshops, panels and of course – beer, banter and a BBQ!

Throughout Summer 2015, THE SHORTEST NIGHTS will go on tour around the UK with music festivals, community cinemas and pop-ups. This is a one-off chance to see the films in the collections in London.

Early-Bird day passes are on sale until June 1st, ahead of the programme release. Tickets include entry to ALL screenings and events across the day, including live acts, guest panel discussions, networking and more.

Short Sighted Cinema present the very best emerging British filmmakers with everything from animation to comedy, drama to documentary – with a gritty edge and a comic tone. We take our audiences on a journey through each theme, with highs and lows that will bring you to tears, inspire you and leave you laughing with joy.

Twitter: The biggest event of the summer is only a month away. The #ShortestNights launches June 21 from @shortsightedLDN http://bit.ly/ShortestNightsTix