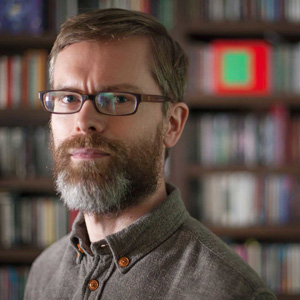 First, Anthony Child and Ali Wade present an improvised performance. Also known as Surgeon, Anthony Child is an adventurous electronic musician who has emerged from the UK’s home-grown techno scene.

Appearing alongside him is his long-time collaborator, photographer and videographer Ali Wade. Together they improvise a performance in which sound and vision influence each other.

They aim to induce a trance-like state in both audience and performers. As well as featuring psychedelic custom footage created by Wade, this performance also sees Child’s public debut on the rarely seen Buchla Music Easel synthesizer.

The second collaboration is between Jo Johnson and Plant43. Johnson’s live show builds on the themes explored on her acclaimed debut album Weaving, released last year on Further Records.

Creating an atmosphere of transcendence, her music brings together a mixture of familiar and strange points of reference. These include the devotional cadences of Alice Coltrane and the rhythm-as-melody experiments of Steve Reich.

Plant43 is primarily known as an electro producer with releases on labels such as Semantica, Ai and Frustrated Funk. Also a designer and illustrator, Plant43 completes the scene with a visual counterpoint. Its elegant construction expresses the space and feeling found in Johnson’s sounds.

Founded 15 years ago, the Bleep43 collective’s mission is to explore the countercultural side of club music. It presents pivotal and innovative figures from electronic music in settings that encourage experimentation and expression.