Up and coming British Movie: Pictures of Lily 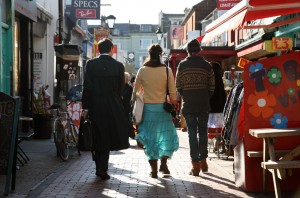 If you like British film, but are tired of seeing them always set in London or miscellaneous country-side, then this Brighton based romantic drama is one to keep your eyes open for:

Pictures Of Lily is a film set in the heart of Brighton’s modern bohemia, using local landmarks as a backdrop and featuring a soundtrack performed exclusively by talented local musicians.

“A London businessman comes to Brighton for a meeting that is postponed at the final hour.
After wandering aimlessly around town, he winds up lost in the famous Lanes area and meets an unusual young woman who views the world in a unique way and encourages him to find his own path.”

Keep your eyes open for this one, a trailer is on its way, in the mean time check out the official Facebook page, follow us on Twitter or click on the official site, and of course keep checking back to Frontrow for more news on this exciting film.