Providing individuals with grants of between £1000 and £5000 to help them overcome personal hurdles, and realize their filmmaking passion, The Cinema and Television Benevolent Fund (CTBF)’s development programme The John Brabourne Awards (JBA) has long been a lifeline for emerging talents in the industry. Potential applicants for this year’s edition have just one week left to apply at www.jbawards.org.uk, as the deadline slams shut this Friday 31st July.

JBA awardees often go on to create work that is deeply personal, and that reflects difficult periods of hardship or life challenges. Take one of last year’s group, filmmaker Gareth Tunley, who chose to explore issues surrounding that most taboo of subjects, mental health. He understood the potential pitfalls: “I wanted to make a film about all kinds of issues relating to mental health and depression but was aware of the danger of running into clichés. A movie about a bloke staring at his shoes is not a movie anyone is rushing out to the cinema to see.”

With the award of the JBA, Tunley – who had first-hand experience of the issues – was able to create his long gestating project THE GHOUL, a dark psychological thriller starring Tom Meeten (Paddington) Alice Lowe (Sightseers) and Paul Kaye (Game of Thrones). The plot concerns a police detective going undercover as a therapy patient and so tackles the subject in an exciting and involving way – confronting the issue while avoiding easy answers and delivering a riveting and mysterious narrative. Currently in post-production, Tunley anticipates a September launch.

Another awardee, Chris Andrews, also benefited greatly from the award. Following years of illness and chronic pain caused by an on-set injury, Andrews set about laying out his experiences for audiences, his writing acting as a crucial outlet for his agonies: “I was scared, but I went home and cried, got angry, pulled all the fear and frustration out and laid it honestly on the page.”

The resultant script attracted industry attention, and boosted by the JBA grant, he has been able to rebuild. Today, he has an upcoming feature film SCUTTLER currently being developed with Creative England. “It was a huge moment in my life when I realised what it was to be a writer, a filmmaker an artist. You can’t leave anything behind, you must reveal all of you and not be scared of being judged. People respond to truth, good or bad. Much of my work explores the journey that’s brought me here.” 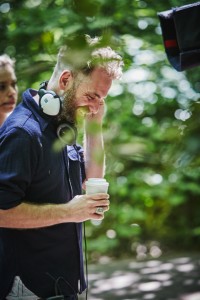 The CTBF is the leading UK charity for people working behind the scenes in the film, commercial television and cinema industries, and its JBA awardees are offered the means and the confidence to pursue their passion projects, taking the crucial first steps in their filmmaking careers. And so to inspire potential candidates and celebrate the work of past-awardees, we’ve compiled a list of our top five micro-budget, against-the-odds, passion projects…

Anyone who saw Christopher Nolan’s hypnotic Kafkaesque short Doodlebug would have surmised that the Londoner was destined for greatness, but converting that potential into a feature-length success-story on a budget of just $6000 was a quite sensational feat. Shot almost entirely on one single-handed camera, production lasted well over a year, restricted to weekends by the fact that each member of the cast and crew held down 9-to-5 day jobs in the week. The film follows a writer on his daily routine stalking strangers for material. One day, he is invited to join a burglary, entering a world of crime and paranoia from which there is little escape. The film would deservedly propel Nolan into the directorial big leagues of The Dark Knight Trilogy, Inception, and last year’s sci-fi epic, Interstellar.

Darren Aronofsky is now well-established as one of Hollywood’s most beguiling creative talents. However, it was his early work in Pi that would set the tone for the likes of Requiem for a Dream and Black Swan to come. Funding the film largely through $100 donations from friends and family, and with his own mother taking over catering duties, it was no easy start. Pi tells the tale of a paranoid mathematician unlocking the patterns he believes govern nature. Shot in startling black and white, and laden with the themes of compulsion and manic obsession that would become his calling card, the award-winning debut stunned Sundance, setting Aronofsky on his way.

Pooling together £6000 in savings with two friends, Ben Wheatley (Sightseers, A Field in England, Highrise) set about achieving the ambitious, arguably near-impossible, task of making a debut feature-length film. Shot in just eight days, breezing through forty scenes a day, and marshalling a cast largely filled with friends and non-actors, the final result is nothing short of a minor movie miracle. A black comedy centred on a crime family seeking to unmask the police informant they believe lives among them, Down Terrace garnered a number of awards and established its director as one of Britain’s foremost filmmaking talents. The Ghoul creator Gareth Tunley worked as an actor on the film, and was inspired by the entire DIY ethos of the experience to head out and make his own directorial dreams a reality.

Joining Wheatley on the top rank of exciting British directorial talents, Peter Strickland gave notice of his considerable talent with feature debut Katalin Varga. Made for under £30,000 using money bequeathed by his late uncle, the director admits that he was forced to make a tough decision between buying a ‘one-bedroom flat in Bracknell’ or ploughing the funds into his passion project. Taking a punt on his own potential, Strickland headed to Transylvania to shoot a film in the obscure Hungarian tongue. The result was a beautifully-shot rural revenge story that was quickly accepted into competition in Berlin, and would serve as a springboard to the much-lauded Berberian Sound Studio.

That the stunning visual effects of this epic were entirely created on the home computer of first-time director Gareth Edwards is testament to both the incredible leaps in modern technology and to the ingenuity of the filmmaker. Far from merely a showcase for his VFX credentials however, the production of Monsters was an old-fashioned low-budget guerrilla shoot that saw Edwards lead a pair of non-actors across Mexico. With the key cast and crew able to drive to locations packed in one small van, and extras often dragged from the streets and invited to participate, the film boasts a strong homemade aesthetic that contributes towards its highly-effective documentary feel. Edwards would eventually move on to even bigger monsters, in the lumbering form of last year’s Godzilla.