Entertainment Film have released the first official poster for The Inbetweeners Movie which tells us that this summer is the time when ‘Four Boys Become Men’.

The movie follows on from the E4 TV series where Simon (Joe Thomas), Jay (James Buckley), Neil (Blake Harrison) and Will (Simon Bird) head on their holidays to do their best to find the woman of their dreams!

On August 19th comes the most hotly anticipated comedy of the summer: THE INBETWEENERS MOVIE. Will (Simon Bird), Simon (Joe Thomas), Jay (James Buckley) and Neil (Blake Harrison),  have finished school forever, and are off on their first lads’ holiday. They’ve got two weeks in Malia with no parents, no teachers, no money, and little chance with the ladies. From the creative minds that brought you the award winning TV show (creators & writers Damon Beesley and Iain Morris; producer Christopher Young and director Ben Palmer), the boys are joined on the big screen by Emily Head, Belinda Stewart-Wilson, and Greg Davies.  The film introduces Lydia Rose Bewley, Laura Haddock, Jessica Knappett , and Tamla Kari. Join them in cinemas everywhere as they continue their outrageous adventures on the big screen. This summer four boys become men. 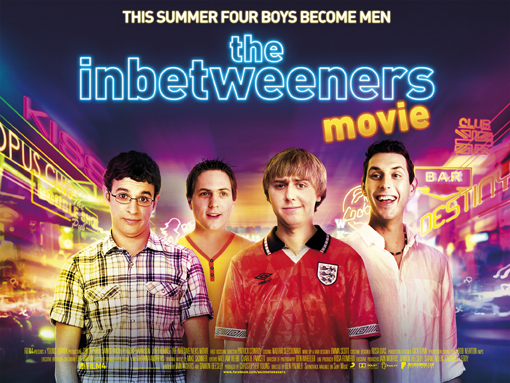