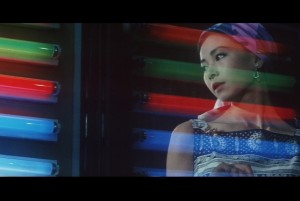 The Asia House Pan-Asia Film Festival opens on 26 February with the UK Premiere of UNFORGIVEN (dir. Sang-il Lee, Japan). Set in post-Meiji restoration, 1880s Japan, this Japanese adaption of the revered Eastwood western stars A-list actor Ken Watanabe (Letters from Iwo Jima) as an ageing warrior persuaded out of retirement by an old friend. Having gained attention from international press, the film possesses real crossover appeal for Western audiences and will be released by Warner Bros in the UK on 28 February.

The festival closes with the gala UK Premiere of BHOPAL: A PRAYER FOR RAIN (dir. Ravi Kumar, India/UK). Starring Martin Sheen, Mischa Barton and Kal Penn, and inspired by the biggest industrial disaster in human history, this dramatisation follows multiple characters in the months leading to the Union Carbide gas tragedy in Bhopal, India in 1984.

A 1960s Japanese cinema classic, THE SHAPE OF NIGHT (dir. Noboru Nakamura, Japan) has been restored to mark the centenary of the birth of its Oscar-nominated director. Known for his lavish visual style, it stars Miyuki Kuwano as a factory worker who moonlights as a bar hostess, and wowed audiences at Venice 2013. UK Premiere restoration screening.

Following in the footsteps of the great Japanese masters, we’re excited to present to London audiences for the first time a fresh new voice from Japan in the shape of THE TALE OF IYA (dir. Tetsuichiro Tsuta, Japan). Praised by The Independent’s Kaleem Aftab and the Telegraph’s Robbie Collin, this beautiful, poetic drama about the relationship between man and nature is presented in collaboration with screening partners the Glasgow Film Festival.

The winner of Un Certain Regard at Cannes in 2013, and nominated for an Academy Award, THE MISSING PICTURE (dir. Rithy Panh, 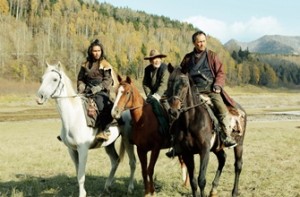 Cambodia) is a stunning documentary that uses a variety of visual mediums to explore the topic of genocide and the Khmer Rouge in Cambodia. Followed by a panel discussion hosted by Asia House, addressing issues raised in this and other films such as The Act Of Killing, about atrocities committed in Indonesia.

An urban thriller starring Paddy Considine and rising star Aiysha Hart, HONOUR (dir. Shan Khan, UK) focuses on a young British Muslim girl who plans to run away with her Punjabi boyfriend – prompting her family to enlist a bounty hunter in a desperate bid to save face. Showing in conjunction with East End Film Festival’s Cutting East youth festival, this London Premiere includes a panel discussion about honour killings within British-Asian communities.

Consisting of thirty-six shots, 36 (dir. Nawapol Thamrongrattanarit, Thailand) is a delicate contemplation on the nature of memories in the digital age, when a woman loses the images of a significant year of her live after her computer crashes. Inspired by 410 real Tweets from an anonymous girl, MARY IS HAPPY, MARY IS HAPPY (dir. Nawapol Thamrongrattanarit, Thailand) is Nawapol’s brilliant second film. Capturing the funny and strange world of a contemporary Asian teenager, its inventive narrative is led by the artistic concept of adapting a real Twitter stream into a fictional film. A UK Premiere.

Portraying the life and relationships of the wealthy youngsters of Tehran, KAMI’S PARTY (dir. Ali Ahmadzade, Iran) is a road movie showing the secret world of upper-class Iranians – a side to the country not many in the West will have seen. A UK Premiere.

With a focus on the most powerful new films from both established and new directors, reflecting the challenging nature of Asia in a globalised world, Asia House Pan-Asia Film Festival has built a reputation for screening the most dynamic and challenging cinema from all over Asia. With films from Iran to Japan presented in the UK for the first time, the festival allows audiences to explore and comprehend Asian cultures via films, Q&As and events.