Spiderman 4 axed – who should be the next Peter Parker 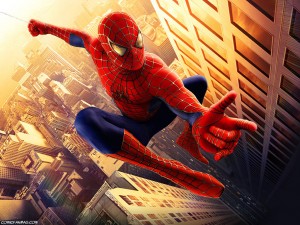 This morning Sony Pictures announced that Spiderman 4, planned for a 2011 release has been scrapped and both director Sam Raimi and star Tobey Maguire have left the franchise. But rather than forget about Spiderman for a while Sony are desperate to carry on cashing in on one of the most successful comic book franchises to date and have instead announced that they plan to reboot Spiderman with a 2012 released date for a film that will go back in time and being with Peter Parker as a teenager. They already have a script from James Vanderbilt who scripted David Finchers Zodiac but there are no stars or directors yet to be attached to the project.

So for this weeks poll – who do you think should play the young Peter Parker in the 2012 reboot? The name being banded about most at the moment is High School Musical Star Zac Efron but we can think of a few other choices – what about Transformers star Shia Le Bouf, the lovely 500 days of Summer Star Joseph Gordon Levitt, Christopher Mintz-Plasse (Superbad’s Mc’Lovin) or Twilight star Taylor Lautner – vote on the left hand side now or leave a comment below if youv’e got any better ideas.

Update! – The Poll is over with most people favouring a complete unknown to take over the role – but with Joseph Gordon Levitt coming in a close second!