Special screenings of Hi-So at Curzon Renoir and Hackney Picturehouse 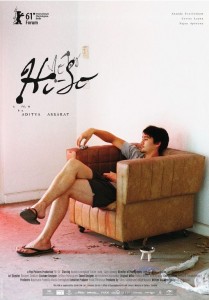 Ananda has returned home from abroad.  Unsure of his career plans, he accepts an invitation to act in a new movie for a famous director.  During the filming in a small seaside town, Zoe, his American girlfriend from University, arrives for a week-long visit.  But the change of country takes its toll and she soon becomes frustrated at the situation.  Meanwhile, Ananda meets another girl on the beach…

I think this project should start with voices, it should get the voices right. We talk in our own language and it sounds like no other language in the world. It’s a mix of Thai and English and probably nobody can understand it except people who know both languages. If you know one but not the other, then only half of it makes sense. In this way, we’re no different from a tribe. So my approach is to shoot a documentary about a tribe of youth. It’s a new tribe which only recently came into being. A century ago, if you were born in Thailand, it meant something definite. It meant you spoke Thai, probably never left your country, maybe never even left your town. But nowadays, with low cost airlines and internet, things aren’t so simple. New tribes have sprouted up around the world that are not defined by national borders but by education, taste and opportunity.

On Facebook, I have some 300 friends. Most of them don’t live in this country but I have more in common with them than people who live down the street: favourite movies, favourite music, favourite books. We’re all the same, a pop tribe sprouted from pop stuff.

Aditya Assarat was born in Bangkok, Thailand. He studied film production at the University of Southern California. He started his career by making his thesis film Motorcycle (2000) which was the first Thai film to compete in Clermont-Ferrand, Tampere, Oberhausen and Sundance. 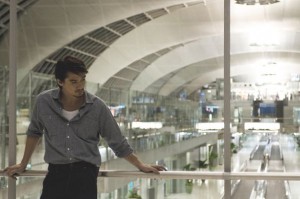