The Soundtrack International Film and Music Festival (www.soundtrackfilmfestival.com) is back in the Cardiff city region this November 16-20 with the strongest line-up of films in the short history of an event that explores and celebrates the unique relationship between film and music – with tickets on sale from today.

Soundtrack was described by Oscar winning director Danny Boyle, who featured in the first event in 2008, as “crucial, given the exploding role of music in the soundtrack of our digital lives”, and the programme this year is bookended by previews of BAFTA award winning director Steve McQueen’s Shame, which opens the festival on Nov 16, and Coriolanus, the directorial debut of Oscar nominated actor Ralph Fiennes which closes Soundtrack on the 20th. Highlights include Grammy Award winning filmmaker and musician Don Letts; comedian Adam Buxton (of Adam & Joe fame); a 40th anniversary celebration of Stanley Kubrick’s A Clockwork Orange, and a live soundtrack by Mercury Prize nominees Guillemots.

Funded by the Film Agency for Wales and the Major Events Unit of the Welsh Government, with continued support from Chapter Arts Centre and Cineworld in Cardiff, Soundtrack features screenings, in conversations, discussion panels, special live performances and educational workshops taking place in venues across Cardiff, and this year for the first time in Newport, where support has been forthcoming from Newport City Council, Capital Region Tourism and the Newport Film School.

Suzanne Alizart, interim chief executive at the Film Agency for Wales said: “This is a flagship event for the Film Agency, which has demonstrated from its first outing its commitment to internationally renowned film and music talent, spotlighting Wales to the world. This year’s programme once again reflects our ability to attract major names in the film and music world, with more film previews than ever before and an expansion into Newport for the first time.”

Don Letts will be at the festival to screen his 2005 film Punk Attitude, and talk about his career as a director. Famous for chronicling the Punk scene and for introducing Punks to Reggae, Don made The Punk Rock Movie on Super-8 and produced over 300 music videos for artists such as Bob Marley, Elvis Costello and The Clash, along with films of artists such as The Jam and Gil Scott-Heron. In 2003 he won a Grammy for his documentary Westway To The World, which told the story of The Clash, and he now hosts a show on BBC Radio 6, as well as reforming Big Audio Dynamite for a recent world tour.

Bug: The Evolution of Music Video is curated by comedian Adam Buxton of Adam and Joe Channel 4 and BBC6 Music fame, featuring a strand of interesting music videos mixed with comedy that sold out five nights at this summer’s Edinburgh Festival.

The film selected to close Soundtrack, Coriolanus is directed by, and stars, Ralph Fiennes, and is a contemporary adaptation of Shakespeare’s tale of power and politics, with a dramatic score by Ivor Novello and BAFTA nominated composer Ilan Eshkeri, whose credits include The Young Victoria, and Kick-Ass. 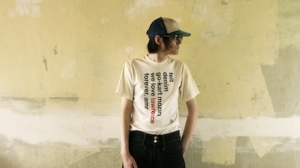 There is a special preview screening of Lawrence of Belgravia, the latest film by ‘pop maverick’ Paul Kelly who will also present a Q&A session on this story of the frontman of alternative rock band Felt; a big influence on the Manics. Over the years Paul has worked with the likes of Saint Etienne, producing the film to accompany their albumFinisterre, and collaborating with the band as artists-in-residence at the South Bank Centre.

The distinctive sound of Guillemots comes to the Coal Exchange on November when they will be performing an improvised rescoring of a film whose identity is being kept under wraps until the screening. There is live music too from Norwegian black metal legends Dimmu Borgir, who bring their brand of Satanism to Soundtrack with a screening of the story of black metal, Until The Light takes Us.

Soundtrack’s documentaries include The Ballad of Genesis and Lady Jaye, the story of Genesis P-Orridge of Throbbing Gristle, one of the most innovative and influential figures in music and fine art in the past 30 years, and the pursuit of his physical ideal, a perfect mirror of his lover, Lady Jaye’s incomparable beauty; and there is a music documentary strand presented by Cardiff’s own Spillers Records, the oldest record shop in the world, including Sound It Out, a funny and intimate portrait of the last surviving vinyl record shop on Teesside, followed by a Q&A with the director Jeanie Finaly.

The full programme and details on how to obtain tickets may be found on www.soundtrackfilmfestival.com