Sarah Chong is Going to Kill Herself - Crowdfunding
Home
News

Sarah Chong is Going to Kill Herself – Crowdfunding

SARAH CHONG IS GOING TO KILL HERSELF is a comedy short film from writer Elaine Gracie, director Ella Jones and producer Alexandra Blue. It’s a surreal workplace fantasy set in the 70’s, in which a mal-treated receptionist decides to take matters into her own hands. Hands which may well contain grenades… 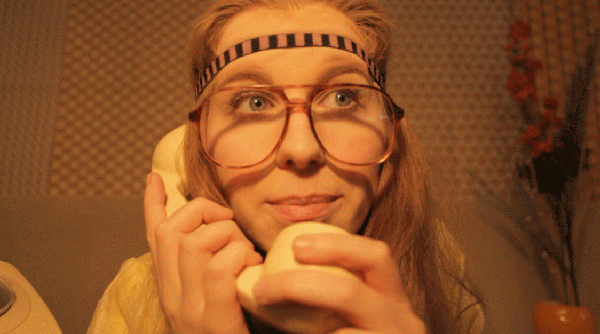 The project has been green-lit by Creative England for its iShorts+ Funny Girls initiative, run in partnership with Big Talk and Baby Cow, as part of the BFI NET.WORK. The initiative aims to find “bold, entertaining and original stories” from new female screen comedy talent, addressing the gender gap in the film and television industry. SARAH CHONG IS GOING TO KILL HERSELF was selected from around 240 applicant teams nationwide.

SARAH CHONG IS GOING TO KILL HERSELF needs an authentic 70’s set filled with colour and personality – which can be expensive to create. Additional funds are also required to go towards locations, camera and equipment to make the film look beautiful and to help look after the cast and crew. To promote the crowdfunding campaign the team have created a fun video which is something a little different from the norm, encouraging audiences to back the project to save writer Elaine from remaining trapped in the 70’s, where she is being held hostage by the films’ director Ella and producer Alex.

To watch the video and find out more about the crowdfunding campaign, please visit http://bit.ly/SarahChongFilm

Abandoned in Chinatown and adopted by the Wei family, Sarah Chong absorbs the revolutionary (if questionable) principles of her new father figure and grows to view life from a unique perspective. Yet when Papa Wei leaves Sarah for a new world order (or Melanoma), and she discovers an identical mole on herself, she considers it a sign that she is to take forth his mantle – and that she too is not long for this world. Her mission takes the form of mentoring new Chinese trainee, Davith, in the charity where she works. Yet this quest only serves to reveal a greater imbalance at play – her unscrupulous colleagues…

Elaine Gracie (Writer) has worked as an actress on stage and screen before moving into comedy development at Bonafide Films. Recently she was invited to join the BAFTA New Comedy Writing Jury.

Alexandra Blue (Producer) was named Emerging Producer of the Year at the South Australian Screen Awards, and Best Emerging Filmmaker at Australia’s Shorts Film Festival in 2012. Her latest short film WELCOME TO IRON KNOB was nominated for Best Short Film at the Australian Academy Awards.