Back in October last year, Sir Ridley Scott (Alien, Gladiator, American Gangster) spoke to Empire magazine about a possible prequel to the original 1979 ‘Alien’ film. These gradually spawned into a franchise with three sequels (‘Aliens’, ‘Aliens3’ and ‘Alien Resurrection’) and a spin off series combining Alien and Predator (‘Alien vs Predator’ and ‘Alien vs Predator: Requiem’). 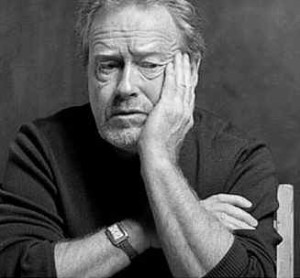 The original film saw the crew of the spaceship, Nostromo, receive an unknown alien signal. As they investigate the planetoid, they discover an egg like object which releases a creature which attacks a crew member. The ship is run by the mysterious Mother who doesn’t seem all that maternal and the film concentrates on Sigourney Weaver’s character, Officer Ripley as the rest on board are attacked by this creature which rips through the stomach of a crewmember in one of the most memorable scenes in the horror/sci-fi hybrid crossover genre.

The further sequels were directed by James Cameron (Titanic, Avatar), David Fincher (Se7en, Zodiac, Panic Room) and Jean-Pierre Jeunet (Amelie, A Very Long Engagement). This constant change in director meant that both the visual and generic aspects of each of the further films were so starkly different. I believe this is what has kept the franchise alive because although they follow the same story, audience members over the years have been able to dip in and out and can cleary decide which their favourite is based on the generic aspects of the director. 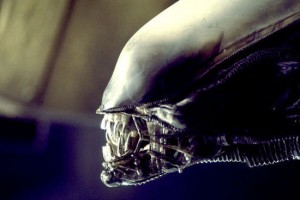 “It’s a brand new box of tricks, we know what the road map is, and the screenplay is now being put on paper. The prequel will be a while ago. It’s very difficult to put a year on Alien, but [for example] if Alien was towards the end of this century, then the prequel story will take place 30 years prior.”

He continued: “I never thought I’d look forward to a sequel. But a prequel is kind of interesting. I’m looking forward to doing that.”

The news of the prequel has returned recently as Scott spoke to MTV and told me that he wants to answer the question, “‘Who the hell was that Space Jockey?’ The guy who was sitting in the chair in the alien vehicle – there was a giant fellow sitting in a seat on what looked to be either a piece of technology or an astronomer’s chair.”

Also also said that Sigourney Weaver’s character will not be involved in the prequel as the film is set before she was born but he did confirm that the main character will be a woman. 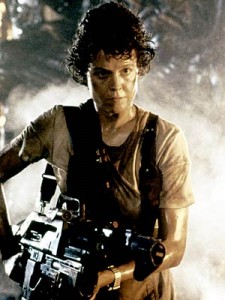 Since then, Scott has confirmed to Collider.com that there will be two ‘Alien’ prequels. When asked if he was going to shoot both together, he said, “at the moment I’m just trying to get the first one out.” This followed the news that the films will be shot in 3D but the issue is that you cannot work in low light and the ‘Alien’ films are all visually dark and gloomy which may be a problem for Scott and his crew. He explained that he will have to darken the footage bit by bit after initially recording in a bright light, which I am sure is a tedious process.

So there you have it, TWO ‘Alien’ prequels in the works and they are to be in 3D! If you are a fan of the franchise, I am sure this is cause for excitement as the original director, three decades later is coming back to his masterpiece to explain to us what happened before the Nostromo incident?

In the meantime, look out for Scott’s new picture ‘Robin Hood’ starring Russell Crowe and Cate Blanchett due for release in May.