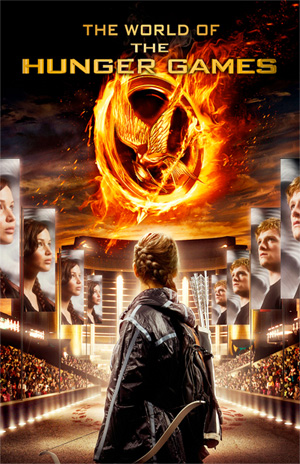 Just days after the film adaptation’s release, racist fans of Suzanne Collins’s The Hunger Games novels took to Twitter this week to expose not only their ignorance and inability to spell, but also the fact that they seem to have entirely missed the inclusive values and ethics of the books themselves.

The casting of Amandla Sternberg, Dayo Okeniyi and rock star Lenny Kravitz – as Rue, Thresh and Cinna respectively – seems to have “ruined” the film for numerous filmgoers, despite the fact that both Rue and Thresh are described in the novels as having “dark brown skin”.

One fan even tweeted about that “Awkward moment when Rue is some black girl and not the innocent blonde girl you picture”. Many of the tweets, as well as some marvelously apt responses, have been documented by another fan on a Tumblr account.

But there is hope for humanity. First, although The Hunger Games has drawn obvious comparisons to the Twilight series, the film looks a heck of a lot more watchable (see our excellent review by Jakub Jelen). Second, The Shawshank Redemption remains #1 on the IMDb’s top 250, despite the casting of Morgan Freeman as Red, described in the Stephen King novella as a ginger-haired Irishman. It seems the majority of people don’t mind a little racial switching when it comes to genius casting after all.