The Hollywood Reporter has announced that star of FOX’s prison drama, Prison Break, which ran from 2005 until 2009, Dominic Purcell has joined the cast of Alex Proyas (I,Robot & Knowing) action fantasy film, Paradise Lost, which is based upon the epic poem written by John Milton in the 17th century about the war between the angels in heaven. 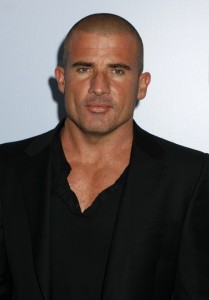 The film that is being produced by Warner Bros’ also stars Bradley Cooper as Satan, Benjamin Walker as the archangel Michael as well as Casey Affleck, Djimon Hounsou, Camilla Belle and Callan McAuliffe.

Purcell has been cast as Jerahmeel, an angel who falls and decides to join Lucifer’s side before ultimately becoming the Dark One’s right-hand man as the renamed Moloch.

Purcell most recently appeared in remake Straw Dogs and Killer Elite as well as being one of the main stars of Prison Break.

Paradise Lost is due for release sometime during 2013.