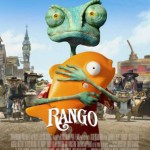 With the end of the Paramount and DreamWorks distribution agreement coming to an end next year, it may not come as a surprise that Paramount Pictures is set to launch its own in-house animation studio, Paramount Animation.

Despite its reputation as being more of a distributor than a studio, Paramount has had a previous foray into the world of animated films with Rango. The film, which starred the voice of Johnny Depp, grossed $240 million worldwide. Although this makes for a tidy sum on paper, it hardly equates to a blockbuster hit.

It could be due to this moderate success that Paramount CEO Jeffrey Katzenberg stated that the studio is going into the ‘lower end’ of the animation business, with each yearly animation averaging a budget of $100 million. Despite the issue of budget and profit, Paramount is up against some stiff competition, with the likes of Fox and Warner Bros performing relatively well in the animation department. With the first film set to be released in 2014, only time will tell how Paramount Animation performs.