Munchies Premieres The Politics of Food 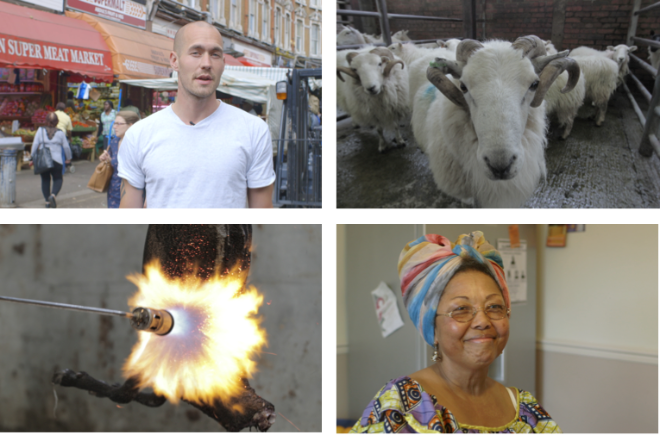 MUNCHIES, VICE’s online food channel, announces the new series The Politics of Food today, the latest in franchise in VICE’s expanding arsenal of shows and formats.

The Politics of Food is a long-form investigative series looking at politics and policy through a culinary lens to capture the controversial issues that transpire during the journey from source to plate.

Episodes will investigate such controversial issues as fast food unions, foie gras production, the global ban on seal meat, and much more.

Our hosts take a deep dive into these charged topics to uncover the emotional, financial, ethical, and environmental implications of what and how we eat.

In episode one, MUNCHIES correspondent Ben Ferguson looks at the UK’s smokies trade – an illegal and underground market for specially prepared meat deemed unfit for human consumption by the government, but beloved by West African communities who have settled in the country.

Despite being outlawed in the UK in 1987 on the grounds that butchering unsterilised carcasses can spread deadly bacteria, demand for smokies has not waned and is forcing many middle class families into back alley trades to preserve their culinary traditions.

The Politics of Food gets to the heart of this trade, uncovering how black market traders are risking prison to buy and sell smokies, by gaining access to an illegal smokie production centre, speaking to convicted producer Carmello Gale and other Welsh farmers who view smokies as a financially viable option for older sheep that cannot be sold to the UK meat market.

Highlighting the clash of traditions in modern Britain, the documentary follows the smokie trail through rural livestock markets to the homes of African ex-pats, showing how the politics of food shapes our laws and pushes other cultures underground.