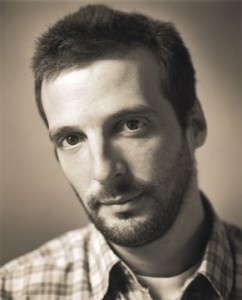 Front Row Reviews is thrilled to announce that on Sunday 14th April we will be in conversation with La Haine director and Amélie co-star Mathieu Kassovitz, as he ventures to London to promote his new film Rebellion (L’Ordre et la Moral).

Kassovitz both directs and stars in this docu-drama that reenacts the 1988 hostage crisis on the France’s New Caledonia in the South Pacific, where Kanak separatists took police hostages in an attempt to gain independence. Whilst negotiations were well underway, the French military opened fire on the island, killing nineteen hostage takers and two members of the military.

Kassovitzs’ 1995 critically acclaimed second feature La Haine (Hate) remains one of the most significant French films of contemporary times. It was a refreshing change for French cinema and sparked off an entire genre of its own; the ‘banlieue’ film. Kassovitz is clearly more at home with volatile movies of social, historical and political relevance  than he is at being a romantic lead. Rebellion is similar to La Haine in this sense.

A one-on-one interview will be followed by an audience Q and A at Odeon Covent Garden and a round-table interview at the Cine Lumiere in Kensington.