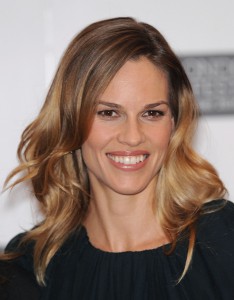 Two-time Oscar winner Hilary Swank is set to star and produce in an upcoming comic book adaptation, according to Variety. Based on the comic Schrapnel, the sci-fi tale centres on Samantha “Sam” Vijaya (Swank), a marine in a futuristic world where almost the entire solar system has been colonised by an oppressive organisation known as the Solar Alliance. Sam defects from the brutal organisation to help lead a revolt on the threatened planet Venus… So far, so Avatar.

The franchise started as a series of graphic novels created and written by Mark Long and Nick Sagan, before expanding to include an iPhone game. No release date for the film has been announced and the project has no director attached as of yet, so watch this space.