Over the last few years there have been some fantastic films and documentaries about early retro video games and the origins of computer based games. The golden age of classic gaming is long gone but the stories live on.

We give you a run down on the best ones to look out for. If you like games then you’ll love these films.

The film focuses on the iconic 1980s arcade game Donkey Kong. The story follows a guy called Steve Wiebe and his ongoing battle with other arcade aficionado, Billy Mitchell, to record the highest scores. Mitchell being the reigning champion and a very sore loser is a perfect character to base a film around. It is a very cool film, very engrossing and gives a real insight into the historic battles between the two men. Much of the action takes place at the legendary Twin Galaxies arcade in Laconia, New Hampshire where everything is overseen by founder and referee Walter Day.

If you like this one, also check out Chasing Ghosts: Beyond the Arcade, it also features many of the same faces.

In a similar retro vein to King of Kong this film features the best players in world competing for the world record scores but this time the sole focus is Tetris. The film focuses on the players preparing for the Classic Tetris World Championship. There is fierce competition from the assorted group of players that come from all over the world to prove their skills.

The documentary follows a twenty year story of people getting the highest scores – but can they prove it? That is the big question. People claim to have achieved a Max-Out perfect score but whilst sitting alone in their bedrooms. In this world, that’s not good enough. It must either be witnessed or you must have a recording of you doing it – otherwise you are nothing. I wouldn’t want to spoil it but it is a riveting clash of personalities and skills.

Tetris still remains the most successful multi-platform game ever made with 100 million sales worldwide.

One of the more recent movies to push things forward again is Indie Game the Movie. Made by Canadian filmmakers James Swirsky and Lisanne Pajot, the film plots the strains and struggles of modern day game developers.

The film delves deep into the world of the developer rather than the gamers. Three independent classics are focused on; Braid, Super Meat Boy and Fez.

Rotten Tomatoes rates the film at 93% and an average from imdb.com of 7.6. It’s good to see a film like this getting such widespread credibility. 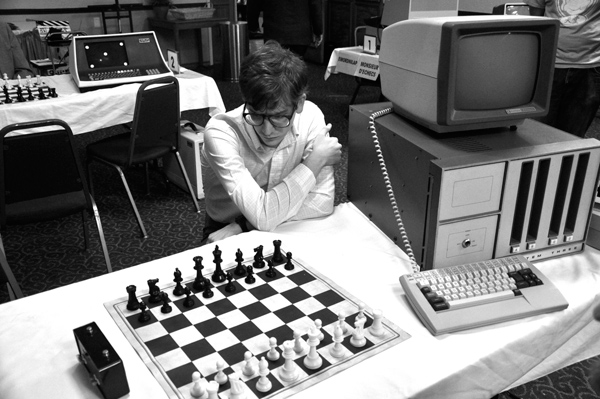 Arguably the best of the films in this rundown – it follows the story of young computer geniuses that take part in a special games tournament – the aim, the design a program that will ultimately create a computer capable of beating a human at chess.

The whole film has the essence of something being dug up from the past. Anyone who watches this will be transported back thirty years to the Man vs Machine debate, which was just starting to appear back then. In many ways, this was the first introduction of the thought processes that would end up becoming AI in today’s world.

It’s an independent film, which is both written and directed by Andrew Bujalski – is in Black & White and shot entirely with analogue video cameras. Expect plenty of primitive computers, bad haircuts and uber nerds.

And where next for documentaries about games?

There is no shortage of films about the golden age of arcade games but those days are long gone. Home video games and online games have now fully taken charge.

The modern era in Video Games is now Multiplayer Online Games and Casino based games. Games are not restricted to the local arcades anymore. We already saw the impact and boom in the home entertainment systems market that started in the late 80’s, which since then moved on to the online market during the mid 90’s. Many people are familiar with the enormous successes of multiplayer online games like World of Warcraft, and the huge box office smashes on PlayStation such as Grand Theft Auto.

There is just as much interest and competition with one-player games, casino games such as Roulette, Black Jack and online slots. It maybe doesn’t have the same heritage and history as the Nintendo and Sega classics just yet, but it is still a relatively new market. With the popularity of video games and online games continuing to grow year by year, it won’t be long before someone makes a groundbreaking film about the players of these games too.