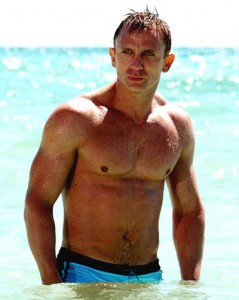 It was released in a joint press conference today held by MGM and Sony that the, as yet, untitled next Bond movie has a firm future. Bond 23 has been given a speculated release date of November 9th 2012 and both studios have stated that they’ll collaborate to fund and distribute Bond 24 also.

Daniel Craig will be reprising his intense role as the 00 agent for the confirmed next instalment of the franchise. Sam Mendes is also still on board as director so it looks as though the new director per film trend won’t be broken with Martin Campbell having directed Casino Royale and Marc Forster directing its sequel Quantum of Solace.

After MGM’s financial tribulations and subsequent restructuring it’s grand news to hear that one of the studio’s flagship franchises is back on firm foundations. Although MGM had negotiated with many other studios including 20th Century Fox, Warner Bros and Paramount Sony seemed like the safest and surest option with them having distributed both of the past two Bond films which became international hits.

In an international time of austerity it is encouraging news to see two studios working symbiotically to keep alive expensive movies that could otherwise not come to realisation. With a deal set firmly between the two studios for a prosperous future which includes other co-financing projects we can rest assured that we will be seeing a lot more of the blond bombshell on our theatre screens over the coming years.