Following on from the nights earlier show from Ryoichi Kurokawa, were Demdike Stare. Engaging in their first proper foray with live musicians.

This second session of the Sonic Cinema night, was also the opening night for Unsound London Festival. Unsound began in Kraków, Poland in 2003 and has gone on over the years to attract international acclaim, leading it now to launch in London.

The nights performance was originally commissioned in 2012 by Kraków Unsound Festival. Demdike Stare were teamed up with cellist and composer Danny Norbury. The piece is titled Concealed and it was the first time any of these artists had worked on a performance with live instrumentation for a show – the string section from Kraków’s Sinfonietta Cracovia.

Support was from Anna Zaradny, one of Poland’s most well known experimental musicians, who is renowned for her minimal electro acoustic works. Zaradny took to the stage with laptop, some sort of MIDI controller and another handheld gadget that looked like an old NES controller. Insisting that the sound guy should turn it up, quite rightly so, she got into her zone. The musical sequences were very good, deep, pulsing electro. However, sandwiched between the two audio-visual shows of the night, it suffered a bit from a lack of video to engage with. A masterclass in knob tweaking, but a touch too long for a seated crowd in a cinema surrounding.

And so we come to the main event…

Demdike Stare, the UK based pairing of Miles Whittaker and Sean Canty, who have previously played at Unsound in 2010, before being commissioned and performing Concealed in Kraków and Unsound Adelaide in 2012.

Pulsating bass and some lovely strings set the main performance underway. The two huge video screens flickering into action as everyone settled into their places.

The visual side of things is spearheaded by Michael England, who has worked extensively with the darker edged Autechre, Warp and Skam Records. The visual imagery was astounding from the beginning. Incredible depth and detail. Five or six layers of video content, maybe more, all working perfectly together – or in their own right. Moving, mixing and meandering in and out of each other through the piece.

As part of the first sequence, we saw 2 silhouette figures, moving across the screen from left to right in a disjointed, classic Japanese dance style but slow, which in this case looked almost like robotic movements crossed with tai-chi. They were interacting with ink drops (that had been filmed in water), not physically – but through the interaction of 2 layers of the video – perfectly synchronised, with beautiful effect.

The next sequence flowed into some stark Black & White imagery. Vacant landscapes and a guy with a briefcase climbing out of a hole in the ground. The images fitted the audio so well. Dark. Mysterious. Foreboding.

Around the middle of the show, was a sequence based around that of a naked body being filmed moving in incredible slow motion, so that you couldn’t really see the subject as a whole. It was more a constantly transmogrifying blur. Constructing and de-constructing itself with no real focus. Almost smoke like.

The pinnacle of the show was a sequence based around Decay. The video footage consisting of the close-up filming of textures. Textures of grime, dirt, rust and decay with panning camera movements, time lapse and slow motion. The audio – some first rate drum n bass. The depth of music and video during this section was mind-blowing. A masterpiece of AV work.

One of the final sections took on a more classic Japanese feel, with Geisha girls in the woods, waterfalls, and slow running water yet mixed with a more surreal landscape – mystical and mysterious. The musical accompaniment from the orchestra reached it peak here too. You can only truly appreciate this sort of work when it is being played live. 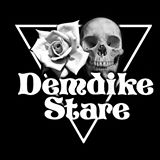 Throughout the show, the style of both the music and video was incredibly varied, ranging from classic Morricone-style film soundtracks, ambient noise through to Jungle. Testamant to the quality of these artists that every section was so completely different, yet all had the same dark and consistent undertones running through them.

Another artist(s) would make an entire show from just one of these sequences. A true lesson in creativity.