Last night saw the launch of The Owls are Not What They Seem. An immersive Dining Experience based around the cult TV show Twin Peaks.

Held in a secret London location, which is revealed only a couple of days before the event to ticket holders.

On arrival, you head down a very dark stairwell to enter the Lynchian inspired world where you are greeted by a lovely green neon sign to light your way. Shortly after a shifty looking guy starts hanging around issuing you a new identity with secret missions and even offering you a ‘bit of something else’ while his rubs his nose gently.

Then after checking in briefly with the likeable idiot that is Deputy Brennan you head through to Wanda’s Diner, where Shelly greets you as if you are regulars there and treats you to a cup of Joe.

Once you’re seated in the diner things start to take surreal turns. You are free to get up, take a stroll around the venue and nose around the side rooms and see what you can stumble into. There is one room dedicated to Owls – everyone is encouraged to bring some sort of Owl to submit to the installation. It was the first night but still some good stuff on show – i expect by the end of the run this room will have taken on a completely new persona. 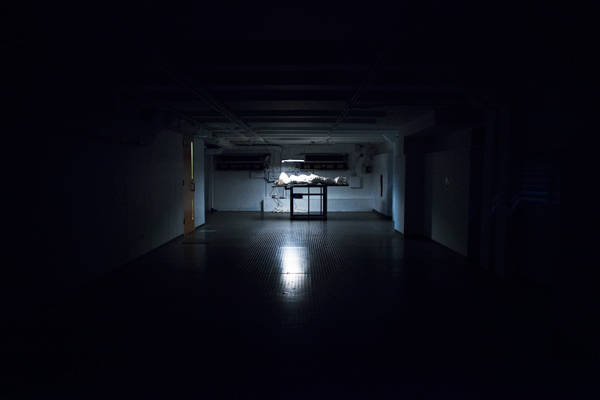 There are some great side rooms to investigate, don’t be shy – do go digging around. It is a little awkward to have to keep coming back to the table to eat your dinner – It would be better to have more time to spend looking around first, and then be seated for the food. 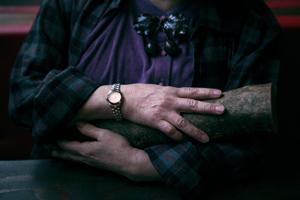 Whilst dinner is being served there are a few surprises. Some recognisable characters such as The Log Lady and Audrey Horne carry out some choreographed set pieces where you can sit back and soak up the atmosphere but the characters also stroll around engaging you in conversations and secret missions to keep you enveloped in the Twin Peaks world.

After dinner you relocate to a Town meeting held by Agent Cooper who addresses the good town’s folk about the recent murder of Laura Palmer, before heading you off into another area of the venue for you to explore. Finally you end up in the Roadhouse biker joint from the series, which is complete with pool table and pinball machines – but not so many people. This was an issue for me, the diner can only seat a certain amount of people, which is totally understandable but once you move through to the party space aka Roadhouse, it’s just way too empty to have any sort of party atmosphere. 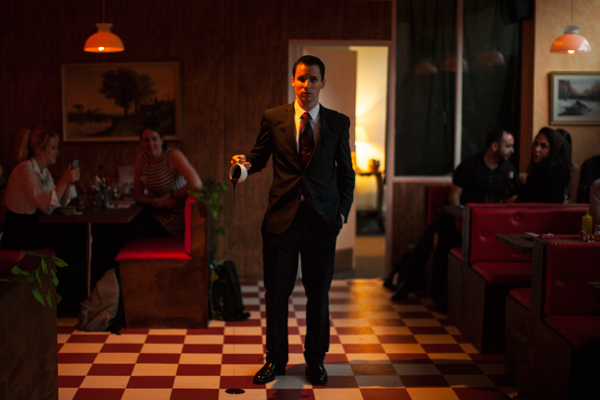 There are plenty of themed and immersive events in London these days but this is the first i’ve been too that serves dinner too, as part of the ticket price. So you would think the food would be paramount – it was not. The food was pretty shocking. The starter, a mushroom sauce served with savoury brioche and powdered pine, sounded excellent but in fact was inedible. The main course was average and the classic cherry pie desert was not much better. It was opening night and obviously there are some things to iron out which will improve i’m sure – but if you’re going to bill the event as a ‘Dining Experience’ then you need to make the food much more of a priority, especially with a ticket price of £66.50.

As a night out it is great fun, the more you engage with the characters the more fun you’re going to have. The actors are fantastic and do a very good job of luring you into the Lynchian world of surrealism. A must for all Twin Peaks fans but not restaurant critics.

The event runs until 17 October and tickets are available from the website www.notwhattheyseem.com