The show was originally commissioned for a performance at the Brighton Festival in 2012, followed with another performance later the same year in Sydney. The Southbank show was the start of a new UK tour ending in Gateshead on 2nd October. 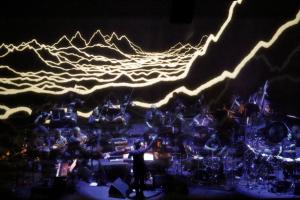 This sonic and visual spectacle turns the tables on the conventional concert experience.

Rather than classical interpretations or cover versions, Live_Transmission is a fearless dismantling of Joy Division’s visual and musical motifs, creating a powerful, immersive event that pays homage to the spirit that defined the group as one of the world’s most progressive bands. 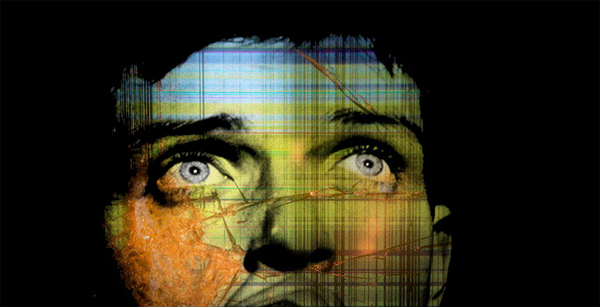 The Royal Festival Hall stage is an impressive one. Even more so when there are big screens involved. This show had the orchestra sandwiched between a huge video screen at the rear of the stage and an equally huge mesh screen at the front of the stage. 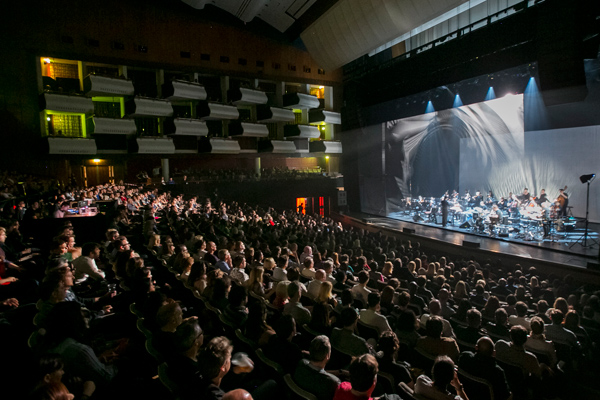 There were two big highlights of the show. The first being a sort of 3 dimensional traverse through the iconic sound waves from the Unknown Pleasures album cover. The second being when the mesh screen was used to display some hand written text, a representation of the style of handwriting from Curtis’s diary. The sparse white text on the mesh screen worked a treat. When projected on from a certain angle mesh screens have the magical effect of making videos look like they are floating in mid air. It really created depth between the 2 screens, spanning the orchestra perfectly. 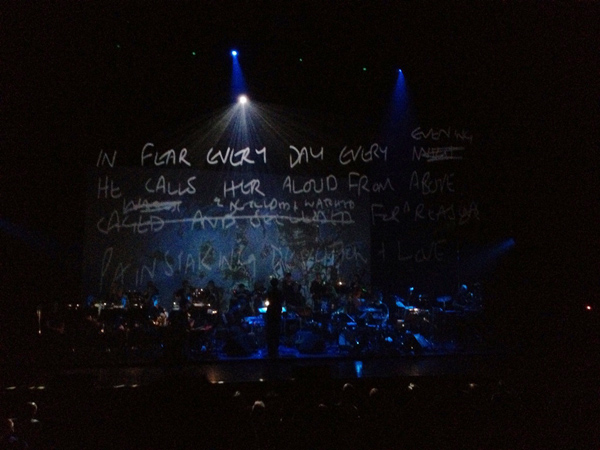 In contrast some of the fuller frame videos shown on the mesh screen didn’t work so well, it blocked everything else behind a bit too much. There was a bit too much light emanating from the orchestra as well. Obviously these guys need to see what they are doing but for projection on this scale, you need less ambient light.

The inspired visual content was nicely made. A decent mix of striking visuals, slipping between representations of clarity and chaos. For the most part, sadly, they were not that instantly recognisable as being based on Joy Division. There were a couple of places through the show where the VJ was a bit out of time too, when changing to a new sequence but i’m sure nothing a couple more shows/rehearsals with the musicians will help to perfect.

The encore was a very slow interpretation of the seminal Love Will Tear Us Apart. Nobody could deny the choice of that as final track.

The sections that had Ian Curtis vocal samples were by far the most engaging. You can remix the famous hooks, loops, introduce video and completely re-work the entire Joy Division back catalog but ultimately the most iconic thing about them is Curtis’ voice and lyrics. The show needs more of it.