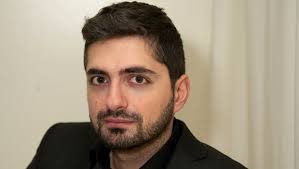 Umut Dag is making waves with his accomplished directorial debut. Kuma, released this week, examines the Turkish tradition of second wives, a rather hidden but prevalent custom that continues today. It charts the experience of nineteen year old Ayse as she is taken in by a Turkish family living in Austria to be betrothed to an already married middle-aged father. Subtle and superbly acted, it is an quiet film that provides an insightful observation into an unrecognisable way of life. Front Row Reviews had the pleasure chatting with Dag and discussing his wildest ambitions, sharing jokes with Michael Haneke and how Britain holds some of the world’s best actresses.

The Skype call commences with an enthusiastic greeting and a wide smile from Umut Dag, who is speaking to me from Austria. It’s impossible not to warm to him straight away. He speaks ever so gently but is engaged and passionate, even excited, when responding to any questions I have. I firstly mention how Kuma now has a 93% rating on Rotten Tomatoes, which is news to him and he is delighted. “That’s great, that’s so cool! Can you send me the link?” He admits it’s rather great when Kuma is compared to Asghar Farhadi’s A Separation.

His success means all the more to him as he was apprehensive about how Kuma would be received. It showcased at the Berlin Film Festival and already has several awards to boot. The script was four years in the making, and involved much research with human rights and women’s rights organisations in Vienna, and even Dag’s mother who also helped. “It was too sensitive to get involved in the families” he says. So what compelled Dag to make Kuma? He acknowledges it’s a rather bold subject for a first time filmmaker. His background was the main inspiration for the film. He comes from a working class immigrant family in Vienna and has been influenced by women he encountered when growing up and the way that outdated traditions can put a strain on the family, particularly the children; “those mothers from the Middle East who came to Europe and took their traditions with them. The fact they were sacrificing themselves and losing themselves as human beings was the first point. Why the focus on female relationships? “I was very interested in how these mothers think and feel, and I wanted to understand them. I am interested in those I don’t understand.”

Although fascinated by film he doesn’t come from an artistic family and being a filmmaker wasn’t originally in the cards for him. His parents tried to steer him away from the idea. “I was always fascinated by films, but for me the idea of being a filmmaker was as likely as becoming an astronaut. My parents wanted me to go to business school and get a stable office job. It feels great to be a filmmaker. It was not imaginable to reach something like this, to be a director was a very long journey, even the decision to want to be a director was not imaginable. I thought I had no chance”. When asked how his folks feel about his path now, he laughs and says he is extremely lucky to have them as parents. They have turned their view round and are on proud of him now. His mother even has a small role in Kuma, and will have a role in his second project.“

He did indeed go on to study business but it didn’t interest him and he didn’t thrive on it. He ended up working as a production assistant on film sets, “making the tea for the big actors”. Aged 21, he applied to the Vienna film Academy and got rejected, but he did not stop there. He applied again the following year and got in, and studied under the iconic film auteur Michael Haneke. When I ask what Haneke is like in person he responds surprisingly with “very nice! He has a great sense of humour.” But he has never worked with him, despite Kuma sharing a production team with many of Haneke’s films. He learnt a lot from him as he is a “craftsman” and gave practical advice as to how to approach filmmaking.

But is Haneke an inspiration? A rather curt response, “no” Dag says. “It’s not so much directors who are inspiring, but the films in themselves”. Haneke’s Funny Games, “you must watch it. It made me see films in a whole other way”. Equally, A Prophet did. “The idea itself, a man who goes to prison and becomes a hero, has been done plenty of times before but it is the way it is carried out that is so different and unique.”  Has he seen Our Children yet? I ask, another great performance from Tahar Rahim “no, but I will”. Who would he work with ideally? Benedict Cumberbatch and Judi Dench are amongst those he most admires; “British women are some of the best actresses.”

Although the women in Kuma exist solely in the domestic sphere they are spirited, strong and make the best of their situation. When asked if it’s a feminist film, he smiles and says it is a dangerous question, and one that has divided opinions. He prefers to think it is, and is glad viewers think so. Women dominate the screen, the males don’t have much of a role. He has chosen to focus on the women that choose wives for their husband, as he wanted to represent those women that are often not spoken about as they are few and far between. He tells how people have been shocked to discover that these second wives do actually exist.

One of the strengths of the film is the way in which it remains impartial and non-judgemental. The characters often behave despicably, but they have a warmness to them and not one is presented in a villainous manner. He agrees with this, remarking “it is very important for me not to judge. For me it was important to show the characters as human.” He also concurs when I suggest that for all its dysfunctionality, there is affection that resonates through the family; “Of course, families exist in all forms”. It’s hard to determine exactly how Alysee really feels about the situation. She just gets on with it without much indication of how she really feels. Was this the intention? I ask. He responds “well it is just normal for her. She comes from a small village where this is the usual thing, and she does what she can to help her family”.

In terms of women being trapped in their domestic role, I say it reminded me of Kim Longinotto’s Salma, a documentary released this year about a small village in India where it is the norm for women to lead isolated lives as a wife as soon as they have their first period. They merely cook, clean and provide sex for the husband from a young age and are forbidden to leave the home. He sounds interested and says he will give it a watch. As we wrap it up, he jokes that the bar is set high now for his second feature, which is now well underway. It will be also be set in Vienna, but will be a male centric drama this time, about a man recently out of prison who becomes reunited with his son. Umut intends for it to be a touching, moving drama. If his first feature is anything to go by, Umut Dag has a long and promising career ahead of him.