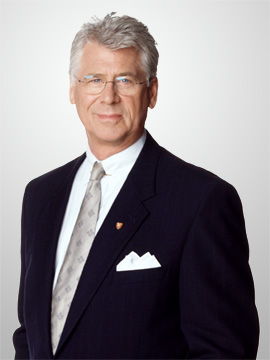 Even at 67, Barry Bostwick is a total stud muffin. A veteran of the original cult film, The Rocky Horror Picture Show, he has since carved out a career in low-budget film and high-end telly. These include a recurring dramatic role in Law & Order: Special Victims’ Unit and a long-term partnership with Bill Lawrence, creator of the hit comedy series Spin City, Scrubs and Cougar Town, all of which feature Bostwick. Front Row Reviews had the inestimable pleasure of half an hour with that voice over the phone…

Front Row Reviews: Some Guy Who Kills People looks as though it must have been fun to make.

Barry Bostwick: Oh, it was! It was an ultra-low-budget movie; we made it for about a dollar and a quarter. We had one rehearsal and shot it in a couple of weeks. I think the biggest expense on the production budget was lunch! It’s about a $100-a-day wage SAG [Screen Actors Guild] film, a labour of love that used every cliche of the genre, and I do these kinds of movies because I believe in the people making them and the material is weird enough to be something different, to get attention. This really is an old story told in new way.

Also this is a character I’ve never done before – a rural sheriff who has his own way of doing things, is a bit out of his depth, but who rises to the occasion. He has his idiosyncrasies. As an actor these films really give you the freedom to explore, try different things, and you use it for whatever you want to use it for. I liked that he’s not just the sheriff who’s stumbled into a mess – he’s the driver, the engine that pushes the story forward.

I particularly loved his relationship with the deputy. There’s a show over here in the States called Mayberry, USA about a small-town sheriff and his sidekick, and we wanted to try something similar, but riffing on that, making the relationship sarcastic and playful. I gave it that deadpan delivery because the deputy should never know if the sheriff was being serious or not. I really wanted him to be a character who messes with people. But he needed that deputy. It was a thankless role for Eric Price, the actor playing the deputy, but we found the most wonderful chemistry.

That’s why the movie works, really: every relationship in the movie is fulfilled. Those relationships between Boyd and his mother, Boyd and his daughter – they are clear, but very simply stated, with the minimum of words. Jack Perez, the director, really has a handle on that sparseness of dialogue that works. 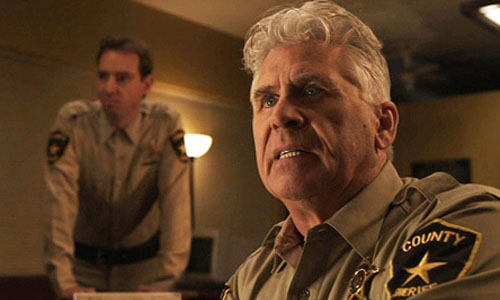 As Sheriff Walt Fuller in Some Guy Who Kills People

Making films like this is how I’m meeting young filmmakers and getting to do exciting new things. I’m doing another film with him at the moment, called Blowing Vegas off the Map – we joke that I only do movies with him where the title says what it’s about – it’s a disaster film, whereas Some Guy Who Kills People was quite personal, but this is also edgy. It takes a loving look at just the kind of screwed-up relationships that Jack has a handle on. He teaches at an art school in San Francisco, and used to teach in the USC film department. This guy knows every film, every shot, every cinematographer… his knowledge of the history of film is encyclopaedic. You name any scene in any film and he will tell you about the setups, camera angles, the cinematography – so he really is standing on the shoulders of giants. He’s not always trying to reinvent how film is done, just to reassemble it in new and interesting ways.

Getting to work with Jack and Ryan [Levin, the screenwriter] drew me to the project, although I auditioned for it thinking it was going to be a really big film, but then I got the part and my agent called me and said, “You know this is just a low-budget film? They’re not going to pay you anything.” Jack and Ryan later said they didn’t even know if I’d be interested; they’d have offered me the part, audition or not.

FRR: Of course you are best known as Brad in the original cult film: The Rocky Horror Picture Show. Blessing or curse? 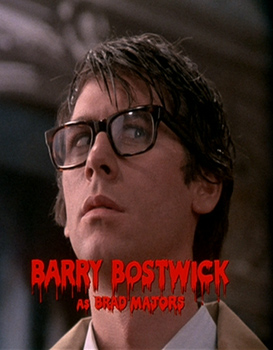 As Brad Majors in The Rocky Horror Picture Show

BB: A blessing, definitely. It was such a one-off in terms of its style and it’s constantly creating a fan base for me that gets younger every year. It’s been about 37 years now, and I have 12-year-olds coming up to me going, “You were Brad Majors!” And I ask them when they saw it, and they say when they were about ten. I say, “I want you to give me your parents’ phone numbers and I am going to call the police on them, because letting your kids see Rocky Horror at ten is just bad parenting!”

I’ve made a lot of friends through that movie. Its fan base consists of really fascinating people who seem to have their own society. It’s this worldwide network of gentle, wonderful folks who’ve found each other and created an important part of their life around it.

I have a lot of Facebook friends from it – over a thousand – and they’re very supportive of all the other projects I get involved in. I’ve just released a movie called FDR: American Bad-Ass – it’s out on DVD in September – and that’s been helped by my fan base from Rocky Horror. You should check out the trailer on YouTube – it’s this hysterical story about FDR, how he got polio and how he deals with all these werewolves…

FRR: You’ve also worked with Bill Lawrence a lot, on Spin City, Scrubs and Cougar Town. Is there a special relationship there?

BB: Is Cougar Town showing in the UK? It’s been kind of a minor hit over here. It’s funny, in Cougar Town I started out as the father of the guy who was having an affair with one of girls, then I became the owner of the boat yard where one character lives on his boat, and then I was the mayor of the town! Whenever Bill needs someone to come in and get a few laughs, I do it. If they need an authority figure to create conflict, they call me in. There’s not a lot of planning that goes on; they just call me up and say, “Can you come in to work Monday?”

Bill’s great. I’d work for him in heartbeat. He’s been very supportive of all the Spin City crowd. I think he had a pilot out this year, but I don’t know if it got picked up. Not that it matters, of course – he has more money than God. He’s got a lot of talent and knows how to surround himself with talented people.

FRR: And it was on Spin City that you worked with Michael J Fox. What’s it like working with him – he’s also a huge hero of mine.

BB: As well he should be. Michael J Fox is one of the smartest guys in showbiz. He understands comedy, structure, manages to get everything working and then inserts himself into it at the last minute. He’s brilliant at everything he turns his hand to – acting, certainly, but also writing and particularly the Michael J Fox Foundation. He’s raised millions of dollars and is channelling that money in really progressive and intelligent ways.

He’s created a pilot for a comedy show based around a character with Parkinson’s. That’s one of the things I love about him: he’s never used his illness for sympathy; he only ever takes the attention to do good and raise awareness, in a positive way. The show will really shine a spotlight on the disease, and I think he has a really good chance of finding a cure. 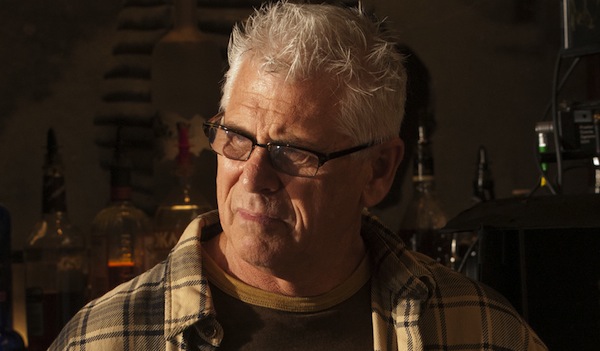 FRR: You play mostly comedy roles in film and on TV, but you’ve taken more serious roles in the theatre. Do you have a preference?

BB: You know, I just turned down a job here in LA, that was due to run over the holidays, because the play was just too depressing and I didn’t want to spend my holidays whining on stage.

I tend to pick and choose jobs based on my moods. I’m drawn to comedy and given the serious side of drama… let’s just say you’d really have to convince me to take a role like that because I find it all just too self-indulgent. I’m a child of television and films, and theatre just takes way too long to say something you could say in an hour.

Most of the themes explored in theatre these days can be, well, I wouldn’t pay $200 to see these shows, and if i’m not going to pay… there are a lot of people out there like me. I’m a populist, which probably says a lot about the shallowness of my personality that I have this desire simply to entertain. I just wanna make people laugh.

Read our review of Some Guy Who Kills People here.