Spy Couples in the Movies

With the release of the Tom Cruise and Cameron Diaz spy thriller Knight and Day we decided to take a look at the best and worst ‘spy couples’ in movie history. Ever since 2005’s Mr & Mrs Smith which saw Brad Pitt and Angelina Jolie join forces in fiction (and in reality) the spy genre has seen a crop of films which mix the high action spy drama of a Bond film with the gentler romance genre, often with some comedy to top it off. But even before this the spy duo still existed in some form, even if perhaps the females were not quite as active as the male heroes. 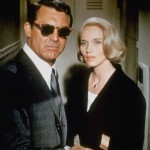 Granted, Cary Grants Roger Thornhill is not actually a spy, but is mistaken for one, and is on the run from a string of government agents and international spies. The beautiful Eve Kendall (Eva Marie Saint) comes to his rescue, but Thornhill soon discovers even she is a spy. North by Northwest is a great spy film, even if there’s more escaping than any actual spying and although Eve does do the dirty on Thornhill, she eventually changes sides and he sets out to rescue her in a climatic ending dangling off Mount Rushmore. 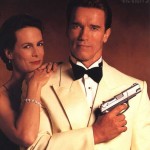 Harry Tasker (Arnold Schwarzenegger) is a covert U.S spy whose wife Helen (Jamie Lee Curtis) thinks that he is a computer salesman, and is convinced he is cheating on her when he is off on missions. But when she becomes entangled with another man, who is ironically pretending to be a spy, Harry tricks her into becoming a spy herself without revealing himself. Not the most healthy thing for a relationship, but it all turns out all right in the end and she evens ends up becoming a spy for real herself.

This awful film adaptation of the 1960s TV series sees agent John Steed (Ralph Fiennes) and Emma Peel (Uma Thurman) track down the culprits who have stolen a secret weather controlling machine. Whilst the chemistry between the pair is fine the film is truly awful, surrounded by villains dressed as teddy bears and a totally ridiculous plot. 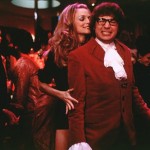 In each Austin Powers film our British spy hero (Mike Myers) teams up with a different agent. In Man of Mystery its British spy Vanessa Kensington (Elizabeth Hurley) who rejects him repeatedly but then suddenly marries him. However in The Spy who Shagged Me she turns out to be a robot, and he instead teams up with Felicity Shagwell (Heather Graham). In Goldmember FBI Agent Foxxy Cleopatra (Beyonce Knowles) is Power’s leading lady but although its clear they had a thing in the past, the two never actually get it together on screen. Whilst the Austin Powers are light hearted spoofs there’s no serious spying and lewd references are favoured over any romance scenes.

John (Brad Pitt) and Jane (Angelina Jolie) Smith are married couple who are both deadly assassins, although neither know the other is, until they are both hired to kill the same guy in this cheese-fest. They then turn on each other, but after a romantic reconciliation discover there is now a price on their heads as other assassins hunt them down

Gregorio (Antonio Banderas) and Ingrid (Carla Gugino) Cortez are former secret agents who have left behind their spy careers to have a family. However, through their children’s escapades, they end up returning to the spy world along with their children. These slightly ridiculous films focus a lot more on the children than the adult relationships, but are very successful with director Robert Rodriguez already working on Spy Kids 4 for a summer 2011 release 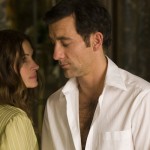 Ray Koval (Clive Owen) is a British agent, who comes up against American CIA agent Claire Stenwick (Julia Roberts). The two go on a mind baffling and complex quest to use their spy knowledge to trick a cosmetics company (I’m still not sure why) in a film which flicks between different time periods at an alarming rate. Owen and Roberts had teamed up before in Closer so theres plenty of chemistry here but the film itself is too confusing to be truly enjoyable.