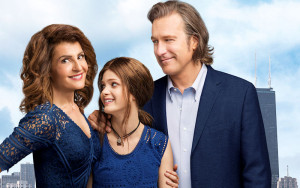 Toula is back and living the good life. Well not really. She is in a happy marriage but remember hunk Ian, well he is a plain school teacher now. Also her only daughter Paris is disconnected and wants to not be Greek. She is also rapidly going about getting in to a college away from home. Then just to add insult to injury, she has just found out her mother and father, who she thought had been married for 50 years haven’t been. Now she has to fix everything, her marriage, her daughter and her family. So spice to the marriage, college nearer to home for daughter and parents married… again. Opa! 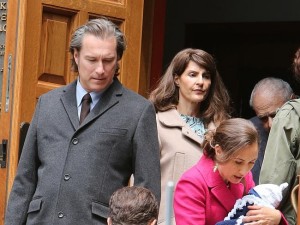 Bigger, broader and bloated are the buzz words here. I will not say that the first 2 are bad things, far from it. The original film was quite fun. The great Greek family and the ugly duckling turned swan Toula transformation underlined this. Now the Greek family have become that reflected nightmare which white middle class Americans cry about. Ethnic people that are noisy, vocal and passionate. Then you have the ugly duckling Toula, who is beautified but has a passage of regression back to her prior self. It does play too much on these things but they are real problems to many people and flesh out a script. They make it funnier to more people and more outrageous to the others in the crowd, when sex is mentioned. I can see how the extra 20 odds minutes would bug though and would have pulled some sub plots that are pointless. They extend the stereotypes (both racial and cultural) and the repeat showing of the strange emaciated face of, the actual beautiful Vardalos. 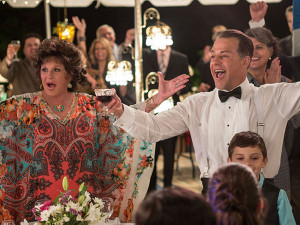 In truth however this film is not made for people like me. A dull, film nerd that likes serious, pretentious cinema and melodramas. It is made for people with a sense of humour, like a film that needs little focus but has good, warm presence and those that like a film they can leave knowing the world is better than when they went in. Or at least this doom laden blue globe has been silenced enough to make life less miserable. Anyway… These people, if you are one of them will love this and so you should. Its not that bad.