Welcome to Casting Call. In this series I’ll be taking a look at the people who, arguably, most profoundly and most visibly effect our response to cinema; the actors. Each week I’ll profile and look at the career of an actor from one of the week’s cinema, blu ray or dvd releases, and discuss several of their films and performances.

On September 5th Doubt comes to Blu Ray, and it’s an embarrassment of riches as far as choosing a subject for this feature is concerned, but I’m going to use it to discuss a character actor who is among the most respected and versatile of his generation. 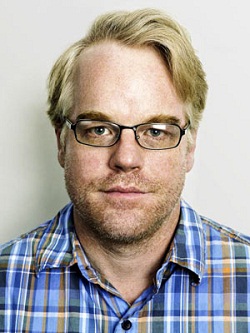 Cinema is an industry, and there must be a conveyor belt, critics and audiences are always talking about the next this, or the new that. For about fourteen years (since his last significant performance in Jackie Brown) the hunt has really been on for ‘the new De Niro’, and for my, and a lot of other critics, money, that field has one clear leader; Philip Seymour Hoffman.

Okay so Hoffman’s early career didn’t get off to the same roaring start (he marked time in the likes of Leap of Faith and Twister) but he has proved to be an equally gifted and chameleonic actor. While he hasn’t physically transformed himself to quite the level that De Niro did for Raging Bull (who has?), Hoffman is still able to make his husky physique and naturally friendly face very different from film to film, be it as the sweaty, almost oozing presence that is Allen in Todd Solondz’ ironically titled Happiness, a preppie screenwriter in the underrated State and Main or as the title character of Capote he’s an actor who seems to inhabit, his characters.

Hoffman was born and grew up in New York, and began acting in high school productions. In 1989 he graduated from New York University, where he studied drama at the Tisch School of the Arts, perhaps best known for playing host to Inside the Actor’s Studio, on which he appeared just as his career was really taking off in the year 2000.

After working in theatre (something he continues to to do regularly, saying “Doing a play is good for me because it’s a nice change from being on a movie set. I try to do a play every year because it just invigorates me.”), Hoffman broke into movies in 1991 with the independent black and white feature Triple Bogey on a Par Five Hole, but it was the next year, as Chris O’Donnell’s friend in Scent of a Woman, that he really broke through to some degree “Other people disagree with me, but Scent of a Woman really was my breakthrough. I was working in the prepared foods section of a deli when I was cast in that movie, and I’ve never had a non-acting job since. That’s amazing”. Hoffman is not Hollywood’s natural idea of a leading man, so it makes sense that for a lot of years he toiled in supporting roles in films that were largely bad (My Boyfriend’s Back, Twister), indifferent (When a Man Loves a Woman, the remake of The Getaway) or simply were hardly seen (the underrated Leap of Faith, My New Gun, Nobody’s Fool).

The real breakthrough came with a tiny role in Sydney (better Known as Hard 8), the debut of a young filmmaker named Paul Thomas Anderson. Hoffman was barely in Sydney – he’s credited as ‘Young Craps Player’ – but the association with Anderson would pay off in a big way in the future, as Hoffman has appeared in all but one of Anderson’s films, getting some of his best roles in the process.

Hoffman frequently shines as part of an ensemble; in Anderson’s Boogie Nights and Magnolia, The Big Lebowski, The Talented Mr Ripley, Happiness, Charlie Wilson’s War and more he’s proven capable of stealing scenes with characters dramatic and comic, and he’s also shown himself to be an effective lead. The maudlin and boring Love Liza is a film I hated for many reasons, but Hoffman owns every frame of it with his leading performance, and on the other side of the coin, David Mamet’s tragically underseen comedy gem State and Main boasts one of Hoffman’s most simply likeable turns, as a screenwriter seduced by the small town his movie is shooting in.

Oscar glory came in 2005 and, typically, the golden baldie was awarded for maybe Hoffman’s showiest and most actorly performance ever. He’s effective as Truman Capote in Capote, but he’s also affected in the role, in stark contrast to his usual incredibly naturalistic, laid back, style, which shone through to great effect in films like The Savages (opposite the equally brilliant Laura Linney) and Doubt (in which his performance JUST manages to preserve the film’s titular ingredient, despite a script very short on it). Like any working actor in the modern film industry, he’s not proven immune to paycheck roles, but while the likes of Patch Adams and Along Came Polly are pretty shameful, he did at least bring a lot of charisma, and an unexpected sense of threat, to the villain role in Mission:Impossible 3.

Even in his most routine films, Philip Seymour Hoffman is an interesting and often a powerful presence (well, maybe not in My Boyfriend’s Back, but seriously, you can’t hold that against him) and with one of his several upcoming films being his directorial debut Jack Goes Boating, and another his reteaming with Paul Thomas Anderson (playing the leader of a Scientology like religion) for The Master, I don’t think those new De Niro discussions are going to go away any time soon, or seem unjustified.

Hoffman has only a small role in Paul Thomas Anderson’s sprawling drama set in the 1970’s and 80’s porn industry. He plays Scotty J, a production assistant and odd job man on direcctor Jack Horner’s (Burt Reynolds) sets. That could have been all there was to the role, but Anderson makes everyone in Boogie Nights significant, and Scotty is no exception. He’s a sad character; overweight, cripplingly shy, always hiding behind his straggly near shoulder length hair. He’s also gay, and hoplessly, hero worshipfully, in love with Jack’s new discovery; Dirk Diggler (Mark Wahlberg). It’s here that Hoffman does his best work; his whole demeanour changes around Dirk. One scene really sticks out for me; when Scotty comes to call Dirk to set for the first time he hangs around awkwardly, chewing on a pen stuck to his clipboard, in a moment that is both skin crawlingly embarrassing and not a little Freudian. Like much of the best acting it’s tiny, but says so much.

Boogie Nights is also a flat out great movie – if not Anderson’s best, for me that remains Punch Drunk Love, but Hoffman’s role in that is really too small for me to justify picking it here – it’s vastly ambitious, taking in about ten main characters (all played to perfection) and following them over about five years in a couple of stretches. It’s a film of incredible darkness at times, but also one that is often tremendous fun, and Anderson mixes those tones beautifully, all while doing things that filmmakers with twice his years and experience might not have tried with the camera. The steadicam work is just astonishing, be it the opening sequence; a three minute single take scene which introduces every major player or the great shot at a pool party that goes round a pool, into it, under the water and back out. The performances are great, the story has both weight and humour, and fourteen years on the film is beginning to feel like one of the seventies classics it emulates. 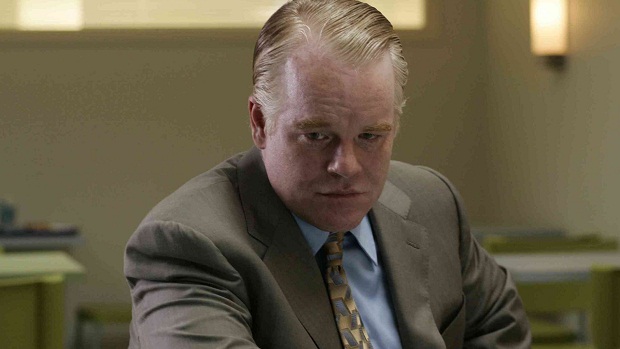 The last film by legendary director Sidney Lumet (made 50 years after his stone cold classic debut, 12 Angry Men) was also one of his best. It’s a relatively standard issue post-tarantino proposition; a twisty crime drama with a fractured timeline about two brothers (Hoffman and an equally excellent Ethan Hawke) who, both desperately in need of money, decide to rip off their parents jewellery shop. Double and triple crossing inevitably ensues. The film is given life beyond this cliché setup thanks to the Mamet-esque snap of Kelly Masterson’s screenplay and the fierce conviction of the performances, especially Hoffman’s.

Hoffman plays Andy the man with the plan, outwardly he’s the one in control, but actually his life is falling apart; he’s a drug addict, it’s implied that he’s stealing and fiddling the books at work and the pressure is beginning to crack him. Hoffman is absolutely outstanding when the initially very simple plan begins to go wrong. With every scene you can see him more and more desperately trying to hang on, trying not to crumble, trying to find a way out, while also trying never to let any of the strain show, especially to his Father (Albert Finney). The whole performance, up until the last act when he does flip, is an exercise in ever tightening tension. When that tension gives it does so in the most unexpected way, Andy’s wife (Marisa Tomei) leaves him and we get THAT scene; you know, that scene wher they guy destroys his apartment, but Hoffman does it so slowly, so deliberately, that it feels different, like Andy has finally become resigned to the fact that he’s already destroyed his life.

It’s a brilliantly compelling and layered piece of acting, in a film that I think is one of the underecognised classics of the past decade.

ONE TO MISS: The Boat That Rocked [a.k.a: Pirate Radio] 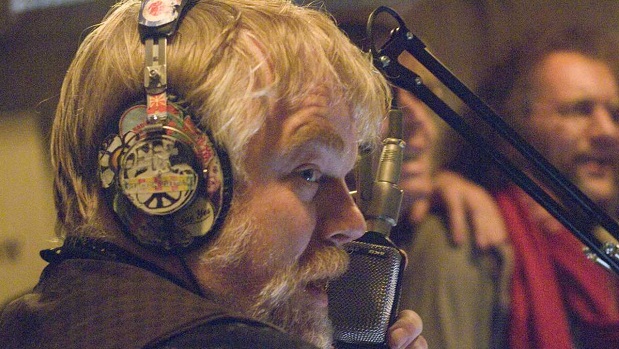 Okay, this isn’t the worst film that Hoffman has been in, both Twister and My Boyfriend’s Back are utter, utter balls, but you can’t blame him for those, so small are his parts. The problems with The Boat That Rocked are also largely someone else’s fault (Richard Curtis), but Hoffman doesn’t really help. The problem isn’t that he’s bad (in fact he’s probably the best thing here), it’s that we’ve seen this performance; pirate radio DJ ‘The Count’ is just a rerun of his performance as Lester Bangs in Almost Famous, and though he has much less screentime, Lester Bangs resonates much more than The Count. This is one of the few times Hoffman has been truly lazy, and that’s why you ought to give it a miss.

Next Week: Breakfast at Tiffany’s comes to Blu Ray, and we look at it irresistible star, Audrey Hepburn