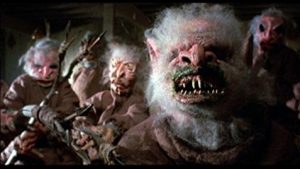 If you like these films and I suspect you do if you are reading this, then you can be very pleased about this double pack from Eureka. Proudly emblazoned on the pack is a sticker claiming ‘worst film ever’. The set contains the first and second films, TROLL and TROLL 2. The first is a monster slasher in a block of flats, set in America but shot in Italy. High body count and silly graphics. The second is a mess of monsters and magic, that crosses THE PRINCESS BRIDE, WARLOCK and the frankly absurd. 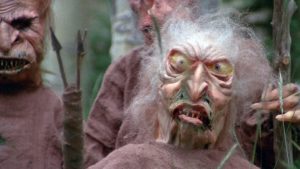 Oh dear lord can I even get to grips with this film? The horror of it. The horror of Troll 1 and 2 are something that I can only cry about. I dont really buy into the idea of a good, bad film. However the extras on bot discs make it more palatable. People love these films. They love the camaraderie. The troubled production of the second film is explored in the best thing on the disc Best Worst Movie. 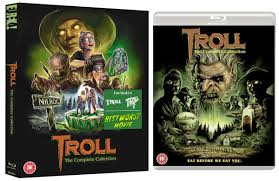