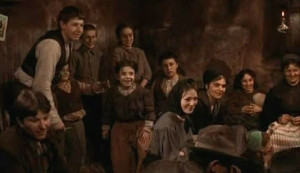 Realism has always been an obsession in post New Wave cinema. By finding realism, it is believed that you find truth. As such truth is the power of finding something real. Here reality is condensed into a simple tale of people moving progressively forward. Forward from abject poverty, forward through history and in the end, through to a new world of post war futures. Traversing Italian history from the eyes of simple people,Tree of Wooden Clogs asks profound questions of its story and be extension us. 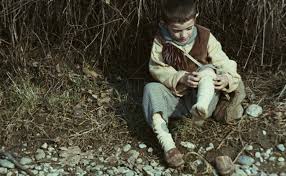 When a peasant couple are told by the local priest to allow their son to go to school, they are worried. They will lose a valuable hand to help with crops, animals and harvest. However they agree and send him. The only problem is that he will need shoes. Shoes that are sturdy and hold up to the long walk. The only place to find this would be from the tree that sits on the landowners land. So the father of the boys does what is unthinkable. He cuts a few of the trees branches down and makes a pair of shoes. Sealing his families fate for the future. 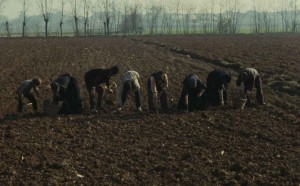 Palm D’or winner, top 50 on the Vatican list of best films and a film that Al Pacino called ‘the sort of film I would want to make’. Huge level of endorsement and prominent validation for a film. Thankfully it is not only deserved but truly warranted. An exceptional film of the like you see once in a blue moon. 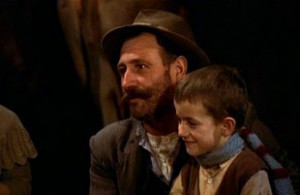 A tender, touching portrayal of people living ordinary lives. People simply trying to keep at a world that is hard. There are moments of love, warmth and emotion. We have the hopes of the families children mixed with an inevitable reality. We see how the changing landscape reflects the changing fortunes of Italian peasants and their families. 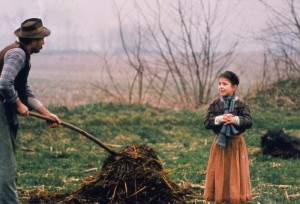 Most profound though is that political commentary. That subtle conversation about the rise of sedition and communism. A lost dream that was an empty promise from intellectuals that had details but no facts. However they wanted a better life for all. This is brushed over a little here but we actually have the voice of reason because of that fact. We see despair and how hubris from those of wealth, spelt their demise. Th tragic and tangled world is so clear to us and we love living in it but it is a gut punch. One that is savage enough and subtle enough to resonant long after it ends. 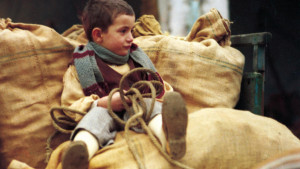 The disc. Oh what a disc it is as well. Visually the upgrade from the Arrow DVD is well worth it. Little issue with the DVD but the 4K makes the colour correction present and that mist deep and rich. The work involved in this is hard to imagine but I have watched both side by side and can see much of worth in that depth of field and that water colour portrait of people at work. The other exceptional (it all is but this sticks out) is Jenkins. What a piece and what a well worth while buy…