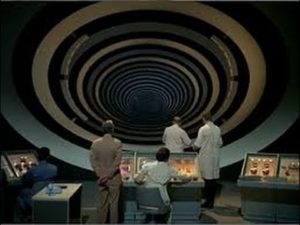 The television series TIME TUNNEL makes its way to Blu Ray. A drama that revolves around a tunnel which leads to moments in history, from the TITANIC to the Moon Landings, From Pearl Harbour to prisoners on Devils Island. Two scientists are working on Project Tic-Toc, a top secret time travel programme for the United States government. When threatened with cancellation, they go for a test run and end up vaulting through time. Landing in one place before being transported to another. Never landing in the same place twice, nor the same time. It might sound perplexing but it actually well worth a second look. 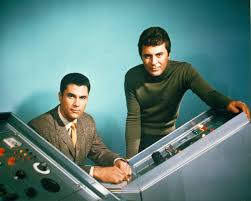 I never saw the original run for that matter (cheeky I would have been -25 years old). I never saw the reruns of this series. I often watched 60s shows in the UK however on rerun. My parents had seen them on original run and also I was a fan of the era. This series is on par with the best of those from the period. Full to the brim with abstractions and science (if not scientifically nonsensical) ideas about the nature of Time travel, space, the future, the past and the like. The leads commit to the series without making it over worked, the drama from episode to episode works well enough but the real selling point is that each episode clocks in at 59 minutes and is filled up with enough content to get you through!