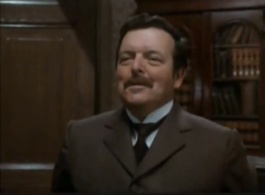 Colonel Sholto (Thorley Walters) had been to India for his service and retired back to England with more than a few memories.  He has the secrets of four men, a stash of treasure and a curse upon him. He tells his sons of the curse, the one that will see his life taken by a one legged man out for revenge. He also tells them about the four who he left in India to meet with a fate of certain death. Then he explains that he has a debt to a Captain Marston and this is the treasure. When the Colonel dies in mysterious circumstances, Sherlock Holmes (Ian Richardson) and Dr Watson (David Healy)are called in to solve the mystery. 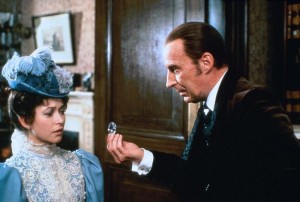 I began with a little hope that this second film of the series would be something on par with my expectations. I have to say it didnt and sadly hadnt learnt from its pervious incarnation in the Hound of the Baskervilles. The lazy televisuality is here in full flow, the lacking script and the haphazard direction all take their toll. Then you have the silly and sometimes frankly idiotic action scenes with Holmes and his worst elements convention and charactoristics. At least Hound made stabs at a challenge to move from the film to television path, this seems to simply lie down and get all murky in it. 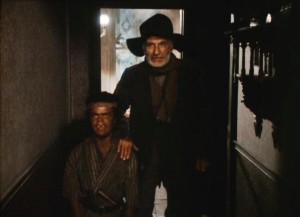 I have to state my case here with some vigour. These films of the past can be quite good and have a value as overlooked or undervalued. This is the opposite, it is overvalued and under looked. We need to be honest about one mans crap. It is for the most crap or at least not really worth the time or tide to have to invest in.Everyone involved has really really done better. The only worthy note is Rabinowitz great score. The disc is bland and dull except for the excellent work on the commentary by David Stuart Davies….