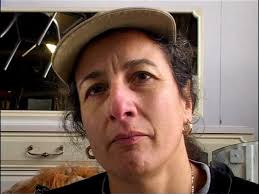 To document life, to capture veritie, to distil reality, filmmaker’s often choose to pair down cinematic techniques and instead use simple camerawork. The truly hard part however is capturing authoritative and tangible verisimilitude. Marc Issacs collected works are a study in removing this clutter from the world of documentary. Taking away this detritus and getting to the core of the subject. Truth, if such a word correctly defines anything comes back to us and we understand what exists at that moment. How peoples lives really are, what a man with 7 wives believes, when rich and poor live together what is important to them… 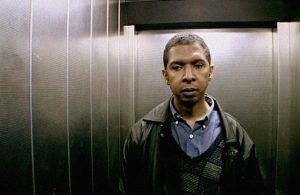 The set includes 9 features and 4 shorts. Some are allows for a simple transformation. LIFT for instance is simplicity itself. Set in a lift within an east London tower block, we meet the old residents and the new. We see those who had experiences of life for generations and those newly arrived. Issacs steps back in such a confined space and seemingly transforms the ordinary experience into a emotional and meditative realm. We think. We ponder. He asks single questions, he engages softly. Its amazing how in only 24 minutes, it transforms lives and people without asserting to. 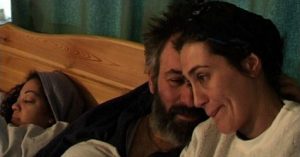 Some of the work here is pertinent for our time. PHILIP AND HIS SEVEN WIVES touches on the dynamics within a relationship. Philip has seven wives. According to an extreme reading of Jewish law, is acceptable. He was told by god that this is right. Now life is filled with children, a farm and layers of complexity. Is Philip a man having his cake and eating it? What about his wives, do they relate? and to him? Issacs nudges information. Gets them to talk. What they reveal is pain and persistent doubt. Issacs never wavers in exposing this.

Some of the work here is simply devastating. OUTSIDE THE COURT examines those leaving a court in central London. They have heartaches, addictions, violence and loss. Issacs seemingly stops them and asks a simple question. One man easily unpacks his life. From the casual crime to the serious. Then he is here aged well past 40 and back in a court for a small crime. A woman lost her mother and assaulted a security guard. Her life is in flux. Beautifully captured in close up.  Another male has lost his son and turned to alcohol. This in turn leads him down a dark path. His journey is painfully exposed. Issacs intervenes only once, when he wants to kill himself. A cry for help. My personal take on this film is that it never wavers. Its so brave and so powerful because of this. 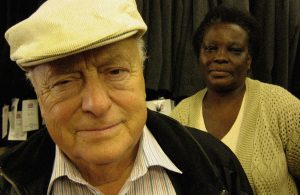 There is so much else in this set. ALL WHITE IN BARKING stands out. As does NOTES ON BANGLADESH, MEN OF THE CITY and WHEN NIGHT FALLS. Shorts and lengthy works sit together but are all exceptional for their humanity. The extras in the pack also have a follow up on films SOMEDAY MY PRINCE WILL COME, which is as effecting as the original and PHILIP AND HIS SEVEN WIVES. It can be meet in many ways, I saw it to be the logical conclusion of this. One wife resolving her initial conflict and others at loggerheads. 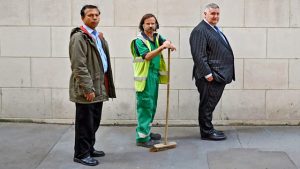 The transfers are not overly exceptional as seeing the C4 versions and the Future Shorts version. This is not to say it is not great of Second Run to collect all of these films together. You can see Issacs Oeuvre in clear view. Much of the work is context in the stunning 80-page booklet. Marc Isaacs essays present the films as topical, informative exposures. When other contributes detail, this allows for the rich vein of detail to become pertinent to an audience. Seeing it from the eye of a creator.

Out of Time Installation: