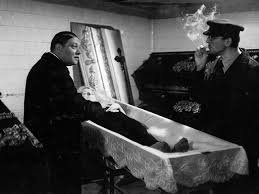 The chillingly dark tale of fascism and fatherhood, mixes sardonic black comedy, satire and a large amount of coffins. Coming together to leave a deeply felt masterwork.  Karf works as cremator. He is a professional and deals swiftly and respectfully with his job. As the rise of fascism takes over however, he begins to enjoy his work a little to much. You see he has a quest of sorts. The quest is to bring salvation to the world and the method is via that oven. It is such a handy thing when you want to get rid of any awkward bodies laying around. Or five of them. 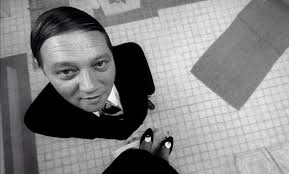 Chilling. A fairly accurate summation of a film like The Cremator. Though it misses some of the more playful elements within the film, it does underline its natural majesty. You see here we have a film that explores the seductive power of power. Juraj Herz askes the viewer to question themselves. 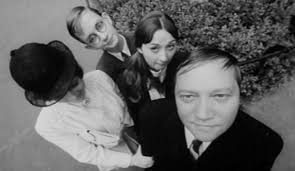 What would you do with absolute power? Here we see how it corrupts and contorts reality. When you have the ability to resolve any of your problems without having to process their consequences, you see the darkest reaches are grasped and the most awful human actions are justified. Simply because no one can stop it from happening. 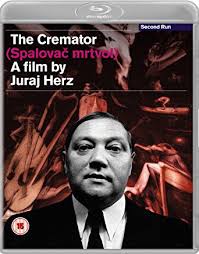 Blu ray breaths some well deserved life into an excellent film. The HD makes the film boldly black and detailed. The shine is lovely. Kat Ellinger is very good and has grown in her skill as a commentator. The intro from the Quays is very good as well but the stand out piece in the puzzle is podcast. It is simply superb and must not be passed over.